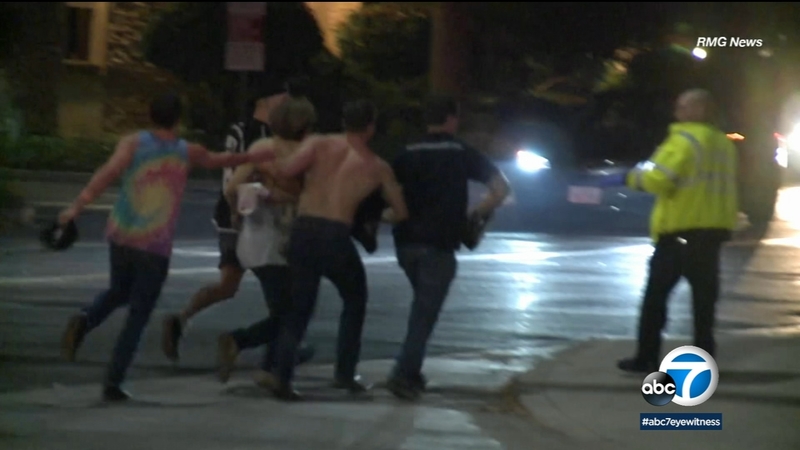 THOUSAND OAKS, Calif. (KABC) -- A new report on the deadly mass shooting at the Borderline Bar and Grill in Thousand concludes that "we will likely never know the true motivation behind the attack."

The Ventura County Sheriff's department on Wednesday released an 88-page after action report on the Nov. 7, 2018 attack.

The report does not mention the name of the lone gunman, 28-year-old Ian David Long.

Long did not leave a note or manifesto, and his digital footprint was minimal, according to investigators. He did make a 911 call from inside the bar, but never spoke.

Thirteen people died in the massacre. Among them was Ventura County sheriff's Sgt. Ron Helus, who was fatally struck by friendly fire while responding to the incident.

An analysis finds two officers acted lawfully when they fired their weapons as they responded to the mass shooting at the Borderline Bar and Grill in Thousand Oaks in 2018.

The report outlines communication difficulties in the immediate aftermath of the shooting, with too much traffic on police radios making "officer down" calls impossible to hear.

Long, who fired a total of 61 rounds, took his own life inside the establishment.