Matthew McConaughey will not run for Texas governor

McConaughey said in a video message on Twitter that he's decided to focus his efforts in the private sector.
CNNWire 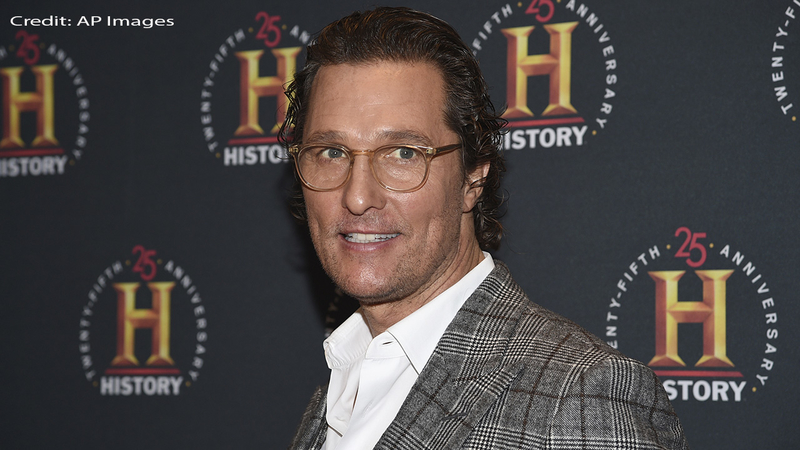 AUSTIN, Tx. -- Actor Matthew McConaughey announced Sunday that a future in political leadership is not in the cards -- right now.

After acknowledging that he had taken time exploring politics and considered a run for the governor of Texas, McConaughey said in a video message on Twitter that he's decided to focus his efforts in the private sector.

"As a simple kid born in the little town of Uvalde, Texas, it never occurred to me that I would one day be considered for political leadership. It is a humbling and inspiring path to ponder. It is also a path that I'm choosing not to take at this moment," he said.

The decision brings an end to months of speculation about McConaughey's political ambitions in Texas after he publicly signaled interest in launching a gubernatorial campaign. The "Dallas Buyers Club" actor, who grew up in Texas, would've been something of a political wild card in what is shaping up to be one of the most high-profile contests in 2022.

"I'm measuring it," he had said of running for office on a podcast in September. "Look, it's going to be in some capacity. ... I just -- I'm more of a folksy and philosopher poet statesman than I am a, per se, definitive politician."

He continued, "So I go, well, that's a reason not to, but then I go, no, that's exactly why you should, because politics needs redefinition, but I'm measuring, you know, what is my category? What's my embassy?"

The actor said in his video Sunday that he has learned "a lot" studying Texas and American politics and that "our politics needs new purpose. That we have divides that need healing." McConaughey said that he is going to continue to support entrepreneurs, businesses and foundations that he "believes are leaders."

"Establishments that I believe are creating pathways for people to succeed in life. Organizations that have a mission to serve and build trust while also generating prosperity -- that's the American dream," he said. "Politicians, the good ones, can help us get to where we need to go ... but let's be clear, they can't do anything for us unless we choose to do for ourselves."

The Texas gubernatorial race began to draw national attention in earnest earlier this month when Beto O'Rourke, the former Texas congressman who ran unsuccessfully for the US Senate in 2018 and the Democratic presidential nomination in 2020, launched his campaign, which many Democrats in the state had identified as the party's only chance of denying Republican Gov. Greg Abbott a third term.