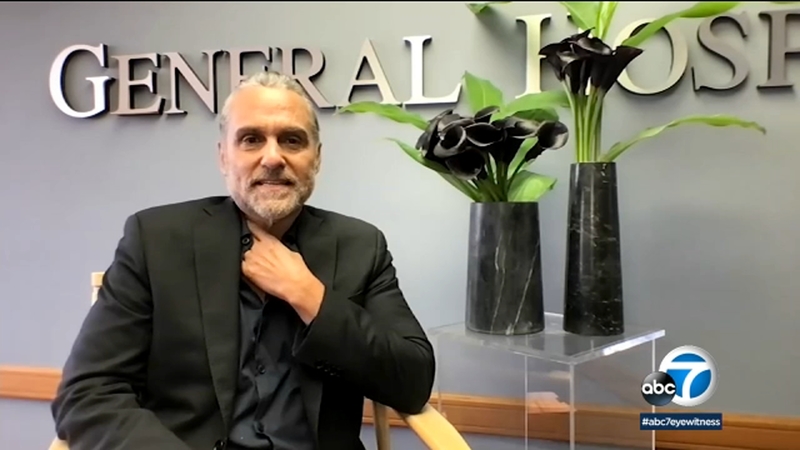 Maurice Benard is one of the most popular actors in daytime television. He's played mob boss Sonny Corinthos on "General Hospital" for almost 30 years.

Until recently, Sonny had been missing. But now that he's back, look out!

Sonny reunited with his love, Carly, after he had an accident, nearly drowned, got amnesia, disappeared for nine months and was presumed dead.

There is also the issue at hand that she had to marry Sonny's right hand, Jason, you know, for mob reasons. But other than that, things are getting back to normal in Port Charles. Or are they?

"I was stressed so you're going to be stressed," he said.

Benard is excited about what's ahead.

"In this particular storyline, I do have an excitement level that I haven't had in a long time," he added. "Sonny's dark. And for me, being mentally ill, it can wear on you after 28 years. But it's what the audience digs and I have to go there."

Over the years, Benard has been very open about being bipolar, once calling himself the "poster child for mental illness."

There was a moment in the beginning where he almost walked away from his "General Hospital" role.

"You know, my first three weeks here, I had a nervous breakdown and I quit and I wasn't going to come back," he said. "I wasn't going to act anymore and I did. And thank God I did because... this has been the greatest acting role... I've done."

Benard is hoping to shoot a movie sometime this fall with Harvey Keitel called "The Legitimate Wiseguy." He'll once again be playing a mobster.