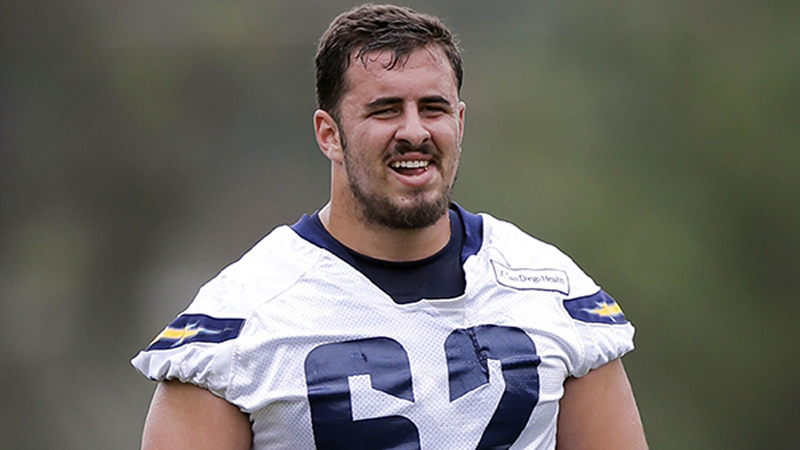 "The #TrojanFamily is terribly saddened by the news of Tuerk's passing, gone too soon at the age of 26, and our thoughts, prayers and condolences are with his family," USC athletics tweeted.

His family says he died on Saturday while hiking with his parents on a favorite trail in the Cleveland National Forest.

"Max loved his teammates, coaches and schools," his family said in a statement released through USC. "Max was a loving son and older brother and his passing leaves a giant hole in our hearts. His strength and work ethic is an inspiration to many."

No cause of death was disclosed.

Tuerk was a versatile star on the Trojans squad, earning a spot as a starting left offensive tackle toward the end of his freshman year. He had 33 career starts over three seasons at the school. His college honors included 2014 All-Pac-12 first team and USC's Offensive Lineman of the Year.

The Chargers, then in San Diego, drafted Tuerk in the third round, 66th overall in the 2016 draft. He was released by the Chargers in 2017 and then was signed by the Arizona Cardinals, then released in 2018.

Heartbroken by the loss of Max Tuerk. Incredible person, teammate, and Trojan. Our thoughts and prayers go out to his family.