How did May the 4th become Star Wars Day? What to know about origins of galaxy-wide celebration

Oddly enough, the origins of 'May the 4th Be With You' are tied to the 1979 election of Britain's Margaret Thatcher.
OTRC 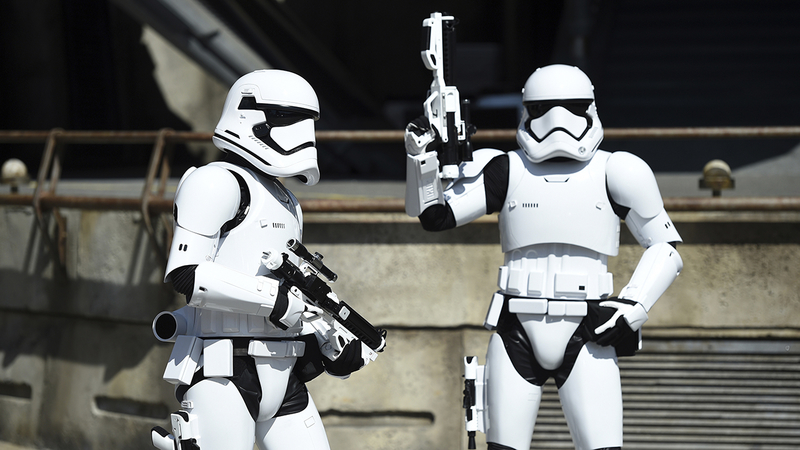 May the 4th Be With You this Star Wars Day!

LOS ANGELES -- Star Wars fans are celebrating the beloved franchise's biggest day of the year in galaxies near and far.

May 4, or, "May the 4th Be With You," marks a celebration of all things Star Wars.

As most fans know, the fourth day in May became Star Wars Day because of the turn of phrase, "May the force be with you," used by Jedi masters in the movies.

A two night-stay on Star Wars: Galactic Starcruiser will be unlike anything Disney has ever done before. And we got to check it out ourselves.

The classic slogan was originally flip-flopped in 1978 to great others on the Fourth of July, according to Lucasfilm.

The next year, May 4 became the fandom's unofficial holiday after Margaret Thatcher won the election to become Britain's first female prime minister.

To celebrate her victory, her party took a half-page advertisement in the May 4, 1979, issue of The London Evening News that read, "May the Fourth Be With You, Maggie. Congratulations!"

Calling all padawans! Take this class and become a real-life Jedi.

Since "May the 4th Be With You" doesn't carry the same witty punch when translated into other languages, Star Wars Day has been adopted to establish a global meaning for the annual worldwide celebration.

It was unofficially observed for decades until 2019, when California lawmakers voted to declare May 4 Star Wars Day in recognition of Disneyland's Galaxy's Edge opening.

May is a notable month for the popular franchise: The original Star Wars premiered on May 25, 1977, and its creator, George Lucas, celebrates his birthday on May 14.

The Walt Disney Co. is the parent company of Lucasfilm and this station.