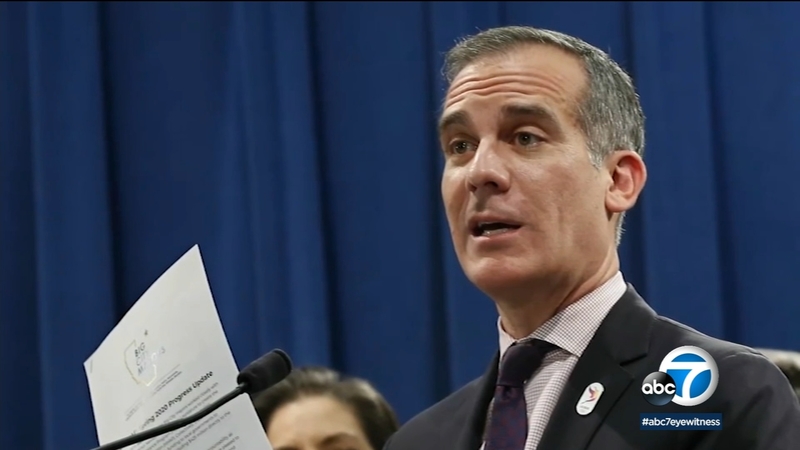 LOS ANGELES (KABC) -- Los Angeles Mayor Eric Garcetti was nominated to be the U.S. ambassador to India by President Joe Biden over eight months ago. Garcetti had his hearing in Washington D.C. back in December.

Iowa Republican Sen. Chuck Grassley seeks to delay a vote on Garcetti's nomination until investigators in his office finish looking into sexual harassment and assault allegations against former top Garcetti advisor Rick Jacobs and whether Garcettti lied under oath.

"The lingering might actually mean something, so the people that Mayor Garcetti had his hearing with are basically already ambassadors now as I understand it," Loyola Law School Professor Jessica Levinson said. "He's the only one who's not now taken the post, and this has just been dragged out since the first moment."

On Thursday, Grassley sent a letter to Sen. Minority Leader Mitch McConnell saying: "I will object because I have received numerous credible allegations from multiple whistleblowers alleging that Mr. Garcetti, while Mayor of Los Angeles, had knowledge of sexual harassment and assaults allegedly committed against multiple city employees and their associates by his close advisor, and that he ignored the misconduct."

During his confirmation hearing, Garcetti said: "I want to say unequivocally that I never witnessed nor was it brought to my attention the behavior that's been alleged, and I also want to assure you that if it had been, I would have immediately taken action to stop that."

But in February, former Garcetti communications director Naomi Seligman filed a complaint that Garcetti be prosecuted for perjury for denying he knew about Jacobs' actions.

A former member of the mayor's security detail, Los Angeles Police Department Officer Matthew Garza, has sued the city alleging Jacobs sexually harassed him in front of the mayor, who did not intervene.

"The question is, will it ultimately thwart his ability to be the ambassador?" Levinson said. "Today, the president said, 'I'm still behind Mayor Garcetti. Nothing's changed.' President Biden is thinking about a Supreme Court nomination. That's going to be a knock down, drag out. That's going to be something that he can really fight. I don't think he wants to go to the mattresses basically for this."

"The Mayor has testified under oath multiple times, including before the U.S. Senate, and stands by his testimony unequivocally: he absolutely did not witness nor was he informed of any of the behavior being alleged," Garcetti's office said in a statement.