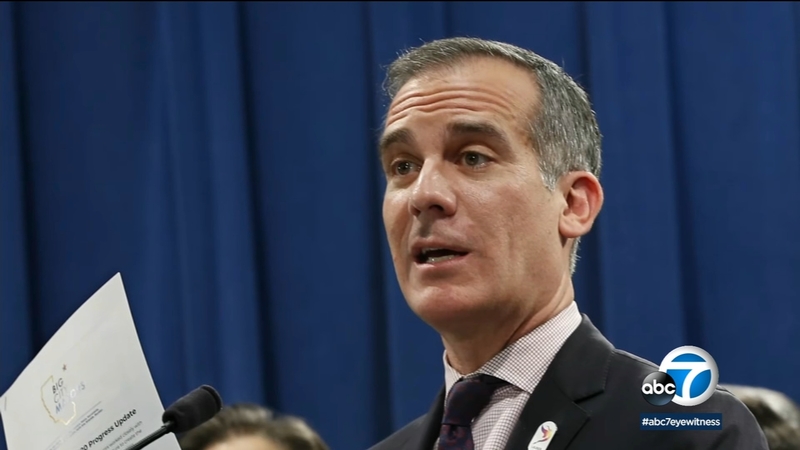 Axios on Wednesday reported that the latest hold was put in place by Sen. Joni Ernst of Iowa.

Ernst said she wants "clarity" on how Garcetti handled allegations of sexual misconduct by a former aide.

Earlier this month, Iowa Sen. Charles Grassley announced his own hold on the nomination, pending an investigation.

Garcetti has said he was not aware of any misconduct.

Earlier this month, Grassley sent a letter to Sen. Minority Leader Mitch McConnell saying: "I will object because I have received numerous credible allegations from multiple whistleblowers alleging that Mr. Garcetti, while Mayor of Los Angeles, had knowledge of sexual harassment and assaults allegedly committed against multiple city employees and their associates by his close advisor [Rick Jacobs], and that he ignored the misconduct."

During his confirmation hearing, Garcetti said: "I want to say unequivocally that I never witnessed nor was it brought to my attention the behavior that's been alleged, and I also want to assure you that if it had been, I would have immediately taken action to stop that."

But in February, former Garcetti communications director Naomi Seligman filed a complaint that Garcetti be prosecuted for perjury for denying he knew about Jacobs' actions.

A former member of the mayor's security detail, Los Angeles Police Department Officer Matthew Garza, has sued the city alleging Jacobs sexually harassed him in front of the mayor, who did not intervene.

In a statement released March 10, Garcetti's office said : "The Mayor has testified under oath multiple times, including before the U.S. Senate, and stands by his testimony unequivocally: he absolutely did not witness nor was he informed of any of the behavior being alleged."