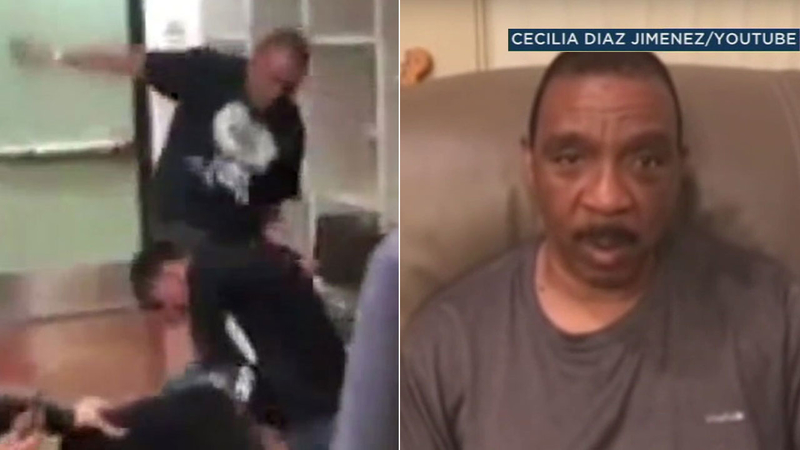 MAYWOOD, Calif. (KABC) -- A former Maywood High School music teacher pleaded not guilty Friday after he got into a fight with a 14-year-old student.

Marston Riley pleaded not guilty to a misdemeanor charge of corporal injury to a child during his arraignment.

A Maywood high school teacher was arrested Friday after he was involved in a fight with a student during class.

The incident captured on video by another student inside Maywood Academy High School last November.

Witnesses said the 14-year-old provoked the teacher by using a racial epithet.

"He kept provoking Riley and started throwing his basketball at him," she said. "He was, like, calling him the 'N' word."

Civil-rights advocates are showing their support for Riley, calling for the dismissal of the misdemeanor charge so Riley can return to teaching. Najee Ali, a civil rights activist, even showed up to the courthouse on Friday to defend Riley's behavior.

"We feel Mr. Riley should be cleared of these charges. The charges should be dropped by D.A. Jackie Lacey," he said. "It's important that civil rights groups come and support Mr. Riley because we feel he was the victim of racial slurs and essentially hate speech by a student."

Riley is due back in court on April 5.