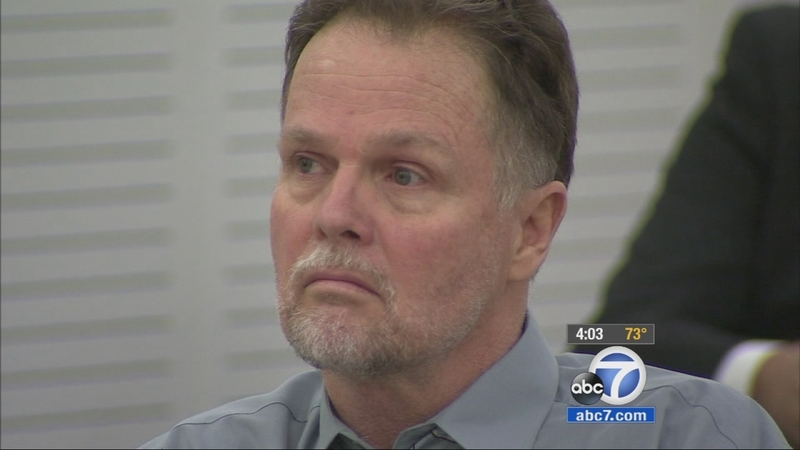 SAN BERNARDINO, Calif. (KABC) -- Prosecutors say a sledgehammer was used to kill all four members of the McStay family, and the 4-year-old boy was struck seven times.

Family members of the victims were emotional in court during the preliminary hearing Monday.

The murder suspect, Charles "Chase" Merritt, was present in court, wearing a gray shirt and pattern tie that was delivered to him by his family.

Even though Merritt was at one point representing himself, that is no longer the case. He was joined by his defense team: three attorneys from the High Desert.

At that time, no one knew what happened to the family. They were living at Fallbrook and simply listed as missing.

The grave sites were the main discussion in court. Detectives with the San Bernardino County Sheriff's Department described in detail what they found, describing the remains of four bodies, 45 groups of bones, including ribs and parts of legs from two adults and two children.

Investigators also found a three-pound sledgehammer that they believe was the murder weapon and clothing, some of it marked with the same color paint that the McStay family had been using to paint their home when they went missing.

The cause of death was blunt force trauma to the head. There were at least four impacts to the skull of Joseph McStay, and at least seven impacts to 4-year-old Gianni.

The skeletal remains of Joseph McStay were found with a cutoff extension cord wrapped around the neck, and the rest of the body wrapped in a white towel, all of it secured by a tie-down strap.

Merritt has said there is no direct evidence linking him to the crime scene.

There is reportedly a DNA match that links Merritt to the McStay vehicle, which was found in San Ysidro near the U.S.-Mexico border. Merritt's DNA was found on the steering wheel and gearshift, even though Merritt told detectives he had never driven that vehicle.

Detectives said when they interviewed Merritt about the missing family, he referred to them in the past tense, saying Joseph McStay "was my best friend."

Witnesses also testified that Merritt cashed checks written from Joseph McStay's business account days after McStay and his family vanished. Witnesses say those checks were backdated to the last day the family was seen.