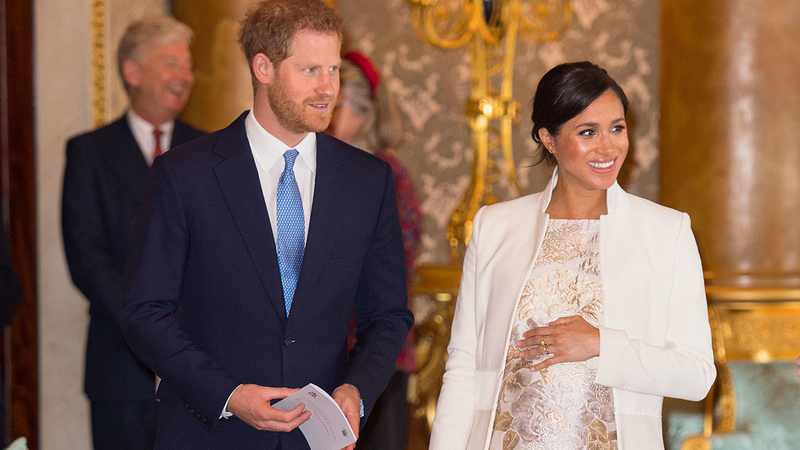 LONDON -- The time is drawing near for the impending birth of the first child for Prince Harry and his wife Meghan, the Duchess of Sussex. The couple is keeping many details about Meghan's pregnancy and birth plan private and say they don't know the baby's gender yet. Here are some key points about what will be the latest addition to the world's most famous royal family.

HOW WILL WE HEAR ABOUT THE BABY?

Kensington Palace says the press and the public will be informed when Meghan goes into labor.

Some observers think she will opt for a home birth away from prying eyes at a hospital. Queen Elizabeth II, Harry's grandmother, had all her children at home but Harry's brother Prince William and his wife Kate, the Duchess of Cambridge, opted to give birth in a central London hospital.

WILL THE BABY GROW UP TO BE A KING OR QUEEN?

The baby will be seventh in line for the throne, making it very unlikely that he or she will grow up to be the British monarch.

The current heir is Prince Charles, Queen Elizabeth II's 70-year-old son. He is followed by William and William's three young children, Prince George, Princess Charlotte, and Prince Louis. Next comes the new baby's father, Prince Harry, and then the newborn.

WILL THE BABY AT LEAST BE A PRINCE OR A PRINCESS?

This won't happen automatically. It's really up to the queen to decide, although Harry and Meghan may also have a say.

A decree issued by King George V in 1917 limits the number of grand royal titles in a way that would make Harry and Meghan's baby known as a "Lord" or a "Lady" rather than as a prince or princess. They would not become "his royal highness" or "her royal highness" under the current rules.

The queen has the authority, however, to intervene as she did when future king William and his wife Kate started having children. The queen decreed that all of William and Kate's children, not just the eldest, would be princes and princesses.

She could do the same for Harry and Meghan's offspring, but the queen's feelings on that subject have not been made public.

It is also possible that Harry and Meghan could decide they don't want the special designation for the baby, in order to give their child a more normal upbringing.

WHAT WILL THEY NAME THE BABY?

London's savvy legal bookmakers believe the baby is likely to be a girl. They had to close betting on the name due to the heavy volume of bets favoring a baby girl.

Many believe that a baby girl would be named Diana, after Harry's late mother, Princess Diana, who died in a Paris car crash in 1997. Royal babies often get several names so it's possible that Diana could end up as a middle name.

Other names seen as quite possible include Victoria, Alice, Grace and Elizabeth.

If it's a boy, speculation abounds that he would be named Albert, Arthur or James.

Meghan is feminist and some believe she could name a girl Eleanor after both Eleanor Roosevelt, the former U.S. first lady who was a champion of women's rights and civil rights, and Eleanor of Aquitaine, queen of England in the 12th century.


WILL THE BABY BE AMERICAN?

Meghan is an unusual addition to the royal family because she is an American citizen born to a white father and an African-American mother. Palace officials said at the time of her engagement to Harry that she planned to eventually become British, a process that can take several years.

She and Harry could decide to pursue American citizenship for their baby, so the child could end up having dual British and American nationality. That would give the baby the right to live and work in the United States without needing a visa in the future - and spare him or her the lengthy entry procedures that often face foreign visitors arriving at U.S. airports.

Meghan has not indicated whether she plans to give up her American status once she has British nationality - a decision that could have an impact on her tax liabilities but something she is not forced to do by British law.

WILL THE BABY HAVE RED HAIR?

Harry is one of the most famous redheads in the world - "a ginger" in British lingo.