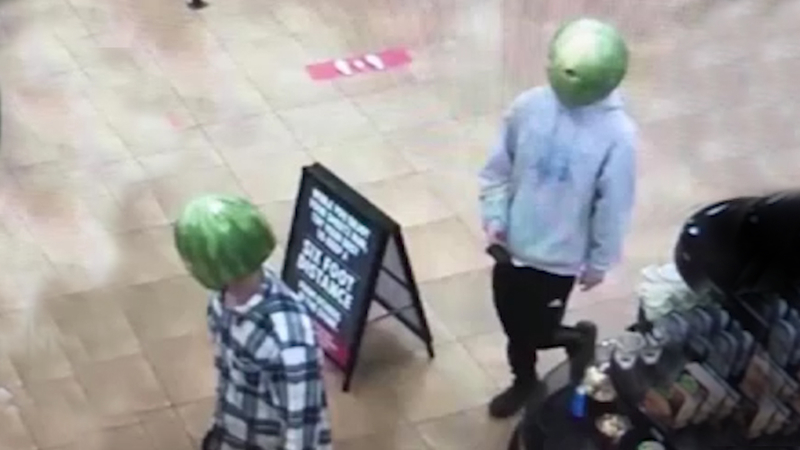 LOUISA, Virginia -- Two robbery suspects in Virginia have been dubbed the "Melon-headed Bandits" after their strange choice in disguise was caught on camera.

Photos show the two suspects wearing watermelons on their heads with eye holes cut out.

Police say the robbery happened at a gas station on May 5.

He's charged with wearing a mask in public while committing larceny as well as stealing alcohol while underage.