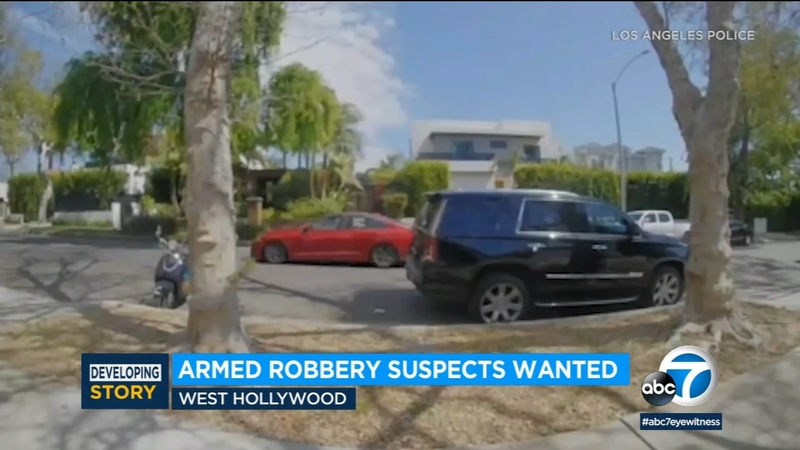 WEST HOLLYWOOD, Calif. (CNS) -- The Los Angeles Police Department is seeking the public's assistance in identifying three men who assaulted a man and robbed him at gunpoint in West Hollywood.

The men approached the man at about 1:40 p.m. Monday in the 7600 block of Melrose Avenue, near Stanley Avenue, while he was walking with his girlfriend after he dined at a nearby restaurant, police said.

The men assaulted the man and demanded his property, police said. One suspect pulled out a gun and took the man's belongings, including a gold necklace before fleeing with the other two suspects in a red-four door sedan driven by a fourth man.

The three men who committed the assault are described as being between 20 and 30 years old. A description of the driver was not available.