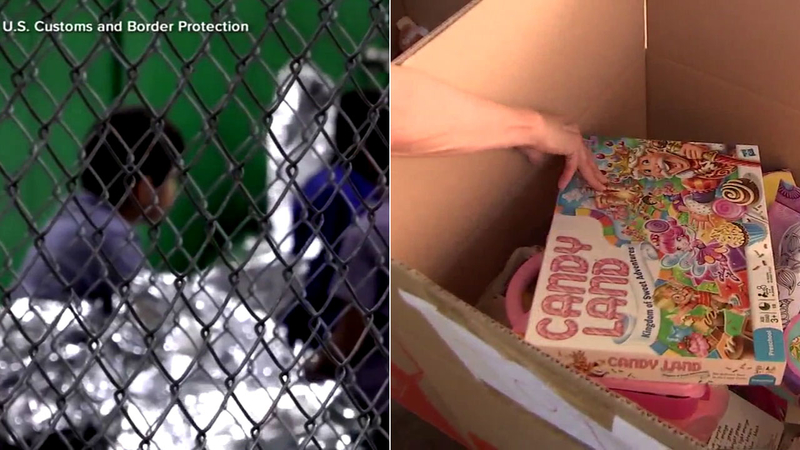 Donated toys, hygiene items, clothing and school supplies will soon be on their way to six centers in Southern California that are housing undocumented children separated from their parents at the border.

Members of Women's March L.A. wanted to collect as much as possible.

"Some of these centers are nonprofit organizations, however, this is not what they signed up for. They signed up for about 20 beds or 60 beds, and now we're talking hundreds and thousands," said Emi Guereca, executive director of Women's March L.A.

A government watchdog will begin inspecting the holding facilities for kids.

Meantime, first lady Melania Trump made a second trip to meet with officials at a center holding undocumented children separated from their families. This time she traveled to Tucson, Arizona.

Many advocates are concerned some of the children may never be reunited with their families because some parents have already been deported.