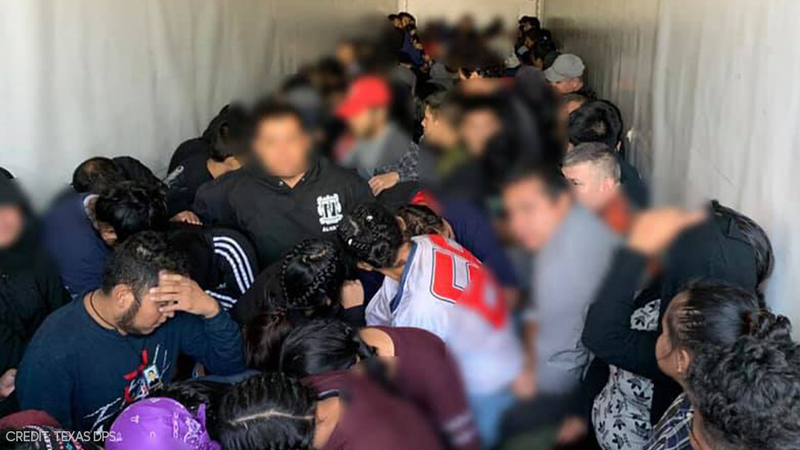 LAREDO, Texas -- State troopers found 105 migrants in the back of a semi-truck during a traffic stop in south Texas.

According to the Texas Department of Public Safety, troopers conducted a traffic stop on Monday in the border city of Laredo. In a photo posted by investigators, the group is seen packed inside the back of the truck.

The driver of the truck is now being investigated by the Department of Homeland Security.

Last month, Gov. Greg Abbott deployed more than 1,000 DPS troopers and National Guard members to the border as part of Operation Lone Star - an initiative he first announced in March aimed at beefing up security at the border.