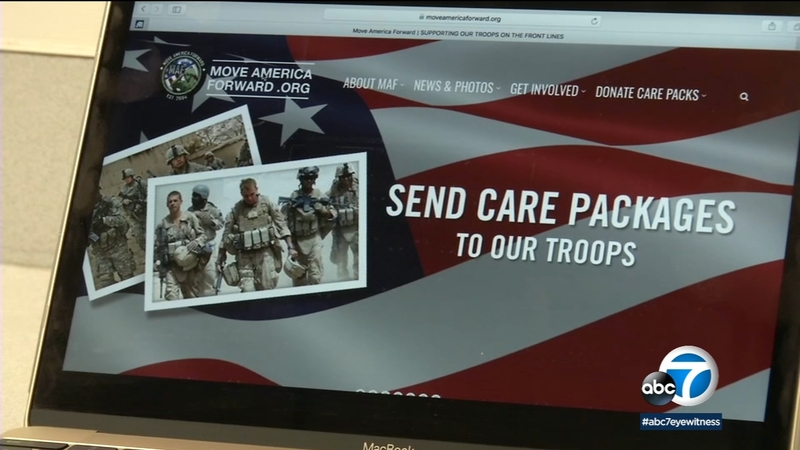 The complaint alleges Move America Forward used photos from other charities without permission and made the representation they had a relationship with the Walter Reed Center and in fact did not.

Becerra also says for profit companies operated by two of Move America Forward's directors received more than $1.8 million from the charity's proceeds over a nine-year period and that the organization violated Internal Revenue Service rules by supporting a political action committee and at least two political campaigns.

Move America forward is calling the accusations "totally false" and politically motivated saying in a statement in part: "...then AG Becerra then implied that this is a recent action cracking down on military charities, but the truth is that this harassment has been going on for five years."

The organization also states it has sent more than 450 tons of care packages to troops and spends 90% of contributions to directly support the troops.

The Attorney General's office recommends checking an organization's registration status through its website, to be vigilant while donating after natural disasters, and not to be pressured to make donations.