"Minari" tells the story of a Korean man out to start a farm in 1980s Arkansas so he can give his family a better life.
OTRC
By George Pennacchio 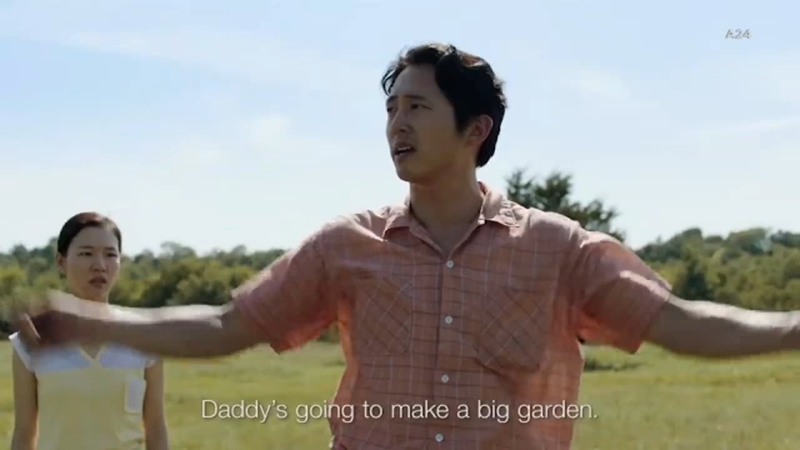 The new film "Minari" is not just receiving critical acclaim, it's garnered attention in the form of nominations from several awards shows. It tells the story of a Korean family that moves from California to Arkansas searching for the American Dream.

"Minari" follows the life of a Korean man sets out to start a farm in 1980s Arkansas so he can give his family a better life. It's subject matter that the film's writer-director Lee Isaac Chung knows well.

"I took a lot from my own life because I wanted to be as personal as possible with the film," said Chung. "It starts with my memories and a lot of the details of growing up in the South, growing up in Arkansas on a farm."

Steven Yeun, who is also an executive producer of the film, has been getting all sorts of acting accolades for this performance.

"I'll be honest. I don't know how to take it. It's an awkward feeling in and of itself," said Yeun. "I feel very fortunate. I feel so blessed. I'm very grateful."

But don't remind his movie mother-in-law, Yuh-Jung Youn, that she's been called the Meryl Streep of Korea. Don't do it!

"I know that's a compliment for me but to me, myself, I know myself. I'm just a Korean old lady in Korea. Domestic-wise, I'm well-known in Korea. That's all," she said. "And please, don't compare me with the Meryl Streep. The Meryl Streep. Please don't. She wouldn't like that."

"Any time I saw Alan in the audition tapes, I just wanted to keep watching," said Chung.

"Minari" will be in theaters Friday, Feb. 12. The movie will be available on demand Feb. 26.