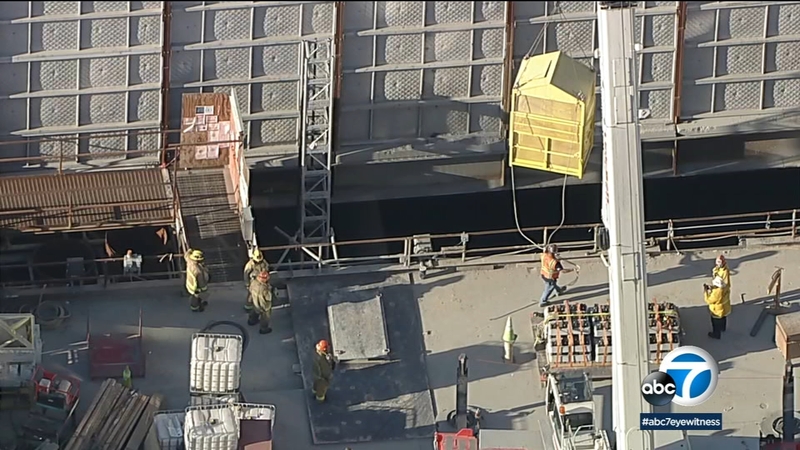 LOS ANGELES (KABC) -- A worker was struck and killed by a train Wednesday afternoon at the future site of the Wilshire/La Brea Station on Metro's Purple Line Extension Project.

Los Angeles firefighter-paramedics responded just before 5 p.m. to an area under construction near La Brea Avenue and Wilshire Boulevard, according to LAFD.

LAFD said the person was trapped under the train and was pronounced dead at the scene by paramedics.

No one else was injured in the incident.

Firefighters remained on scene and an investigation is ongoing.

Further details were not immediately available.

Metro is working with officials from all regulatory agencies to gather information on the incident and to determine what occurred, said Rick Jager, the communications manager for LA Metro.