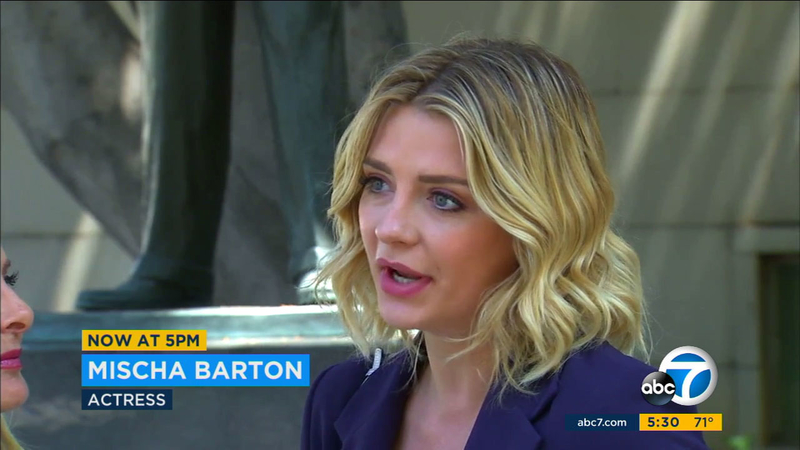 The actress and her attorney held up their hands in victory leaving the Los Angeles courthouse on Monday, after the settlement was approved by a court commissioner.

Barton's ex-boyfriend, 30-year-old Jon Zacharias, has agreed not to distribute any of the images of her and to turn them over to her and her attorney, Lisa Bloom.

"Today was major not just for me but for women everywhere who get to decide what images of their body are shown," Barton said.

Barton had alleged in court that Zacharias had recorded them having sex and took nude pictures of her without her knowledge, and was trying to sell the recordings.

James Blatt, the attorney for Zacharias, said his client should not have to apologize and he is pleased with the outcome.