'Too many red flags:' Family of missing senior citizen believes case is tied to others near Idyllwild 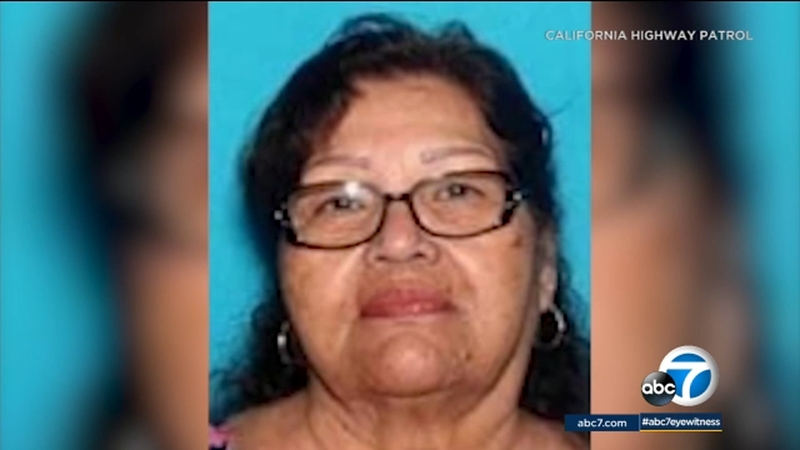 IDYLLWILD, Calif. (KABC) -- Over the past five months, several people have gone missing after being last seen in the mountain communities near Idyllwild but the individuals have no obvious connection to each other.

It's been one month since 73-year-old Rosario Garcia went missing after driving away from her Hemet home.

"Nobody has seen her, we've made so many fliers. We have updated the fliers so that way people know we are still looking for her," said Garcia's daughter, Margarita Zavala.

Two days after Garcia went missing, her silver Nissan Altima was discovered stuck on a rock along the Sawmill trailhead near Idyllwild. The Riverside County Sheriff's Department conducted a search of the area but no other traces of her have been found.

Zavala said her mother suffers from dementia and doesn't believe her mother drove her car to that location. She added that her mother was on her way to visit a relative on the day she went missing.

Zavala's worry only grew more after learning her mother is not the only one who's gone missing in the mountain community since March.

"There are too many red flags," said Zavala.

Kendra Johnson said her 52-year-old father, Ron Prifogle, regularly hiked near his Idyllwild home. He was last seen on March 4 picking up snacks at a local convenience store around 6 p.m.

"All we really know is that he left and he took his backpack with him and they found the backpack off of one of the trails down there," said Johnson.

In June, 65-year-old Lydia "Dias" Abrams went missing from her ranch in Apple Canyon. A search of her property turned up no traces of her. Eight days later, 41-year-old Melissa Lane vanished after getting out of a relative's truck along Highway 274.

Her mother said her daughter would often hitchhike her way up and down the mountain. Lanes's family said they spent the 4th of July searching for her before reporting her missing.

For the families of the missing, they are holding on to hope that they will find some answers.

"The best thing we could do would be to get answers as to what happened," said Johnson about her missing father. "But if that is not possible, I just hope that other people maybe get answers and their loved ones are found."