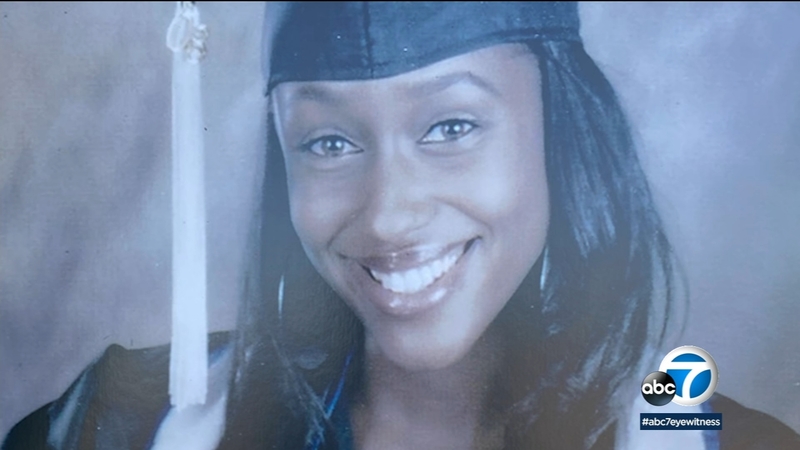 LOS ANGELES (KABC) -- The Los Angeles County Board of Supervisors voted Tuesday to re-establish a $10,000 reward in the disappearance and death of Mitrice Richardson.

The 24-year-old Cal State Fullerton graduate disappeared shortly after being released around midnight from the Malibu-Lost Hills Sheriff's Station in 2009 and was found dead 11 months later.

Richardson's remains were found in Dark Canyon, her belt, bra, and jeans scattered hundreds of feet down the ravine. To this day, her death remains a mystery.

The announcement from the board comes one day after an Eyewitness News investigation into Richardson's death.

ABC7 examines the case of Mitrice Richardson, who, before going missing, appeared to have a mental health crisis in an upscale Malibu restaurant.

In the course of the investigation, Eyewitness News learned that a $10,000 reward from the county for information in Richardson's case had expired more than a decade ago.

The Board of Supervisors voted unanimously to re-establish that reward. Supervisor Holly Mitchell sponsored the motion.

"For me I remember clearly the case of Mitrice and really thought it was important to acknowledge the fact that she was failed perhaps by multiple systems," Mitchell said. "She was a woman who needed to be protected and that didn't happen."

Watch the documentary now streaming on Hulu or by downloading our free ABC7 apps.

There was already $20,000 in reward money being offered by the cities of Malibu and Calabasas, so the board's action brings the total reward to $30,000.

Richardson was in the midst of a mental health crisis the night she was arrested for not paying her bill at Geoffrey's restaurant in Malibu.

Employees at the restaurant called the sheriff's department hoping to get her help. Instead, she was taken to jail and released in the middle of the night with no phone, no money and no way to get home. Eyewitness News also obtained video which has never been publicly released showing Richardson's release from jail.

Deputies later said they never saw any signs of mental illness or instability in Richardson that night, but it was clear to nearly everyone else she encountered at the restaurant, including a large party she sat down with that night.