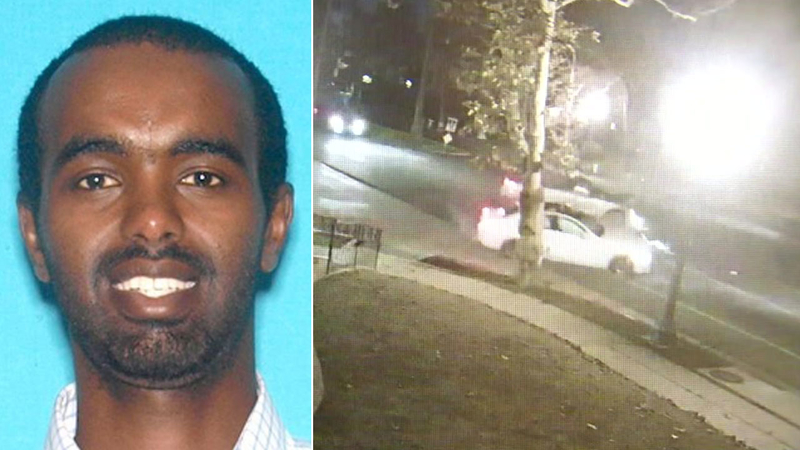 HANCOCK PARK, LOS ANGELES (KABC) -- LAPD requested the help of the FBI and other partners in the Joint Terrorism Task force to investigate a criminal act near Beth Yehuda Synagogue as a potential hate crime.

Investigators say the suspect is Mohamed Mohamed Abdi, a 32-year old immigrant from Mogadishu, Somalia, who arrived in Los Angeles just days ago. Abdi is currently accused of using his vehicle as a deadly weapon on Friday night to target Jewish pedestrians.

Officers found a knife in Abdi's car after he rammed into two vehicles while fleeing the area.

On Monday, LAPD Chief Michel Moore said there is no evidence Abdi acted with others as part of a plot. However, the task force is seeking evidence regarding his motive.

"We are not naive, to the extent that he could have relationships with other similarly like-minded individuals, and we are reminded of that and our investigative efforts will exploit his travel, his background, his social media accounts - a full spectrum approach on this," Moore said.

Witnesses said Abdi spewed anti-Semitic hate speech as he allegedly made a run at two of the synagogue members, making a U-turn to target them a second time.

Security cameras show that Abdi kept driving so recklessly he barely paused before plowing across several lanes of traffic where he struck two vehicles.

Moore was blunt about the threats that are happening more frequently.

"Hate in America is on the rise. That has to change," Moore said.

In Los Angeles, hate crimes have increased by 3.6 percent by this time last year, and Moore suspects the number of incidents are underreported.

As for Friday's crime, the pedestrians are credited with being alert. They had noticed Abdi's behavior and were able to run out of the way.

"This could have been a lot, lot worse. If these victims were not paying attention, they would have never have seen this guy make a U-turn and come toward them. We could have been looking at a totally different situation today," Deputy Chief Horace Frank said.