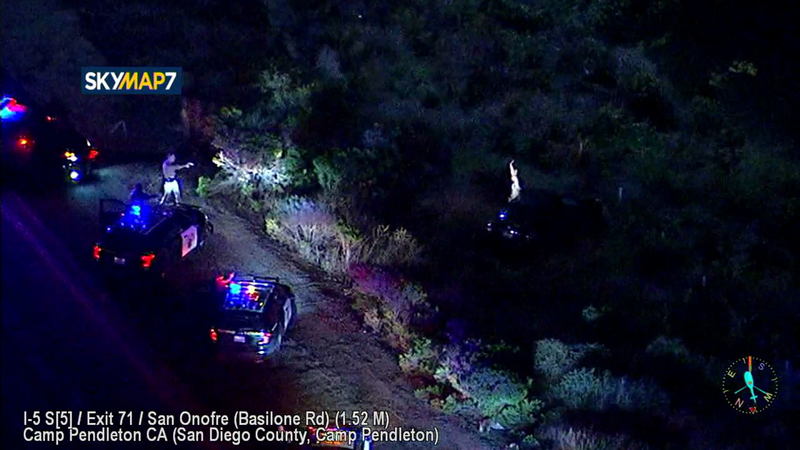 The chase started when Montebello police spotted the compact sedan. They tried to pull the suspect over and the person decided to flee from the scene.

Authorities said the domestic violence incident the suspect was connected to happened in Downey.

The suspect got onto the southbound 5 Freeway and traveled mostly in the fast and carpool lanes at moderate to high speeds.

As the suspect headed into the Camp Pendleton area, he began slowing down to speeds around 25 mph. Authorities continued following him at a distance.

Toward the end of the chase, California Highway Patrol officers conducted a few PIT maneuvers to stop the suspect.