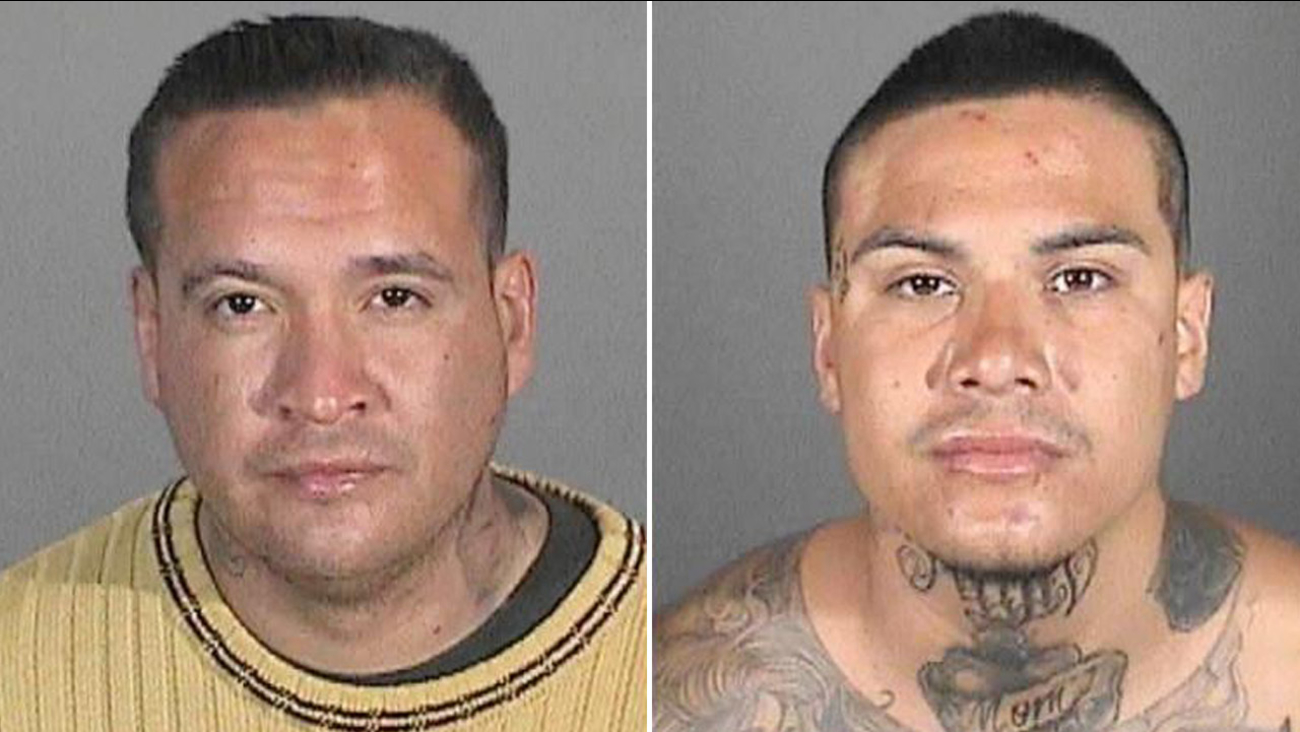 Martin Bautista, 33, is shown alongside a photo of Eric Daniel Deleon, 28. (KABC)

MONTEBELLO, Calif. (KABC) -- One of two suspects was arrested Sunday in connection to the death of a man found in a Montebello parking lot.

Martin Bautista, 33, of Pico Rivera, was taken into custody, Montebello police said. Authorities believe Bautista is involved in the murder of a man in his 50s.

On Nov. 23, the man's body was found in the 300 block of South Vali Avenue. Two suspects were seen running eastbound on Olympic Boulevard in the area.

The second suspect, identified as 28-year-old Eric Daniel Deleon, also of Pico Rivera, is still wanted for questioning. He is described as Hispanic, 5 feet 6 inches tall, weighing 165 pounds. He has black hair and brown eyes.

Police believe Deleon may be receiving help from friends or acquaintances to avoid location.