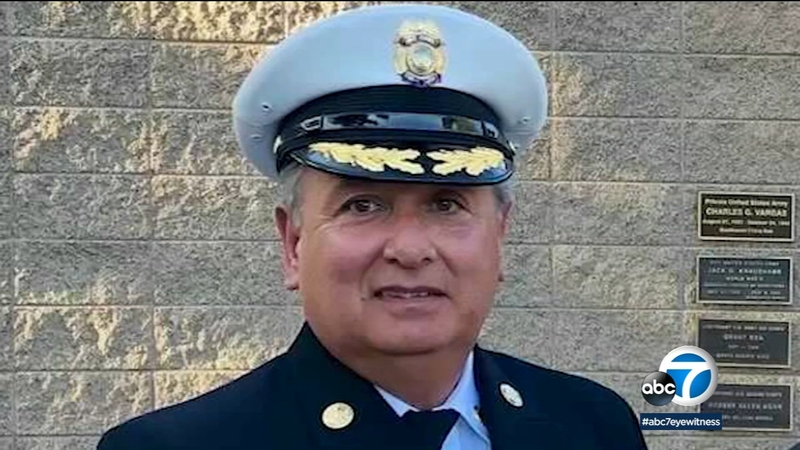 MONTEBELLO, Calif. (KABC) -- The Montebello fire chief has filed a claim against the city's mayor, alleging he's the victim of harassment and retaliation.

"It is our position that the mayor has had it out for the chief for some period of time, and that she's basically trying to do everything she can to have him ousted as the fire chief," said Jamon Hicks, the attorney for Montebello Fire Chief Fernando Pelaez

The claim says it all started in January when the chief and councilmembers accused Mayor Kimberly Cobos-Cawthorne of violating the Brown Act, which requires government business to be conducted at open and public meetings.

The claim says the mayor is bypassing the chief, making it difficult to do his job.

"She is retaliating against him and trying to set him up for failure," Hicks said.

It also says the mayor contacted a local hotel and a security guard to investigate if the chief was going there with a woman. He believes she was trying to dig up dirt to sabotage his marriage.

"The mayor attacking him on a personal level, she's going outside of her position as mayor, and she is seeking to involve herself in personal affairs, personal matters of the chief, which is absolutely ridiculous," Hicks said.

Eyewitness News reached out to city councilmembers to see if they would talk about this issue, but one of the members said they can't talk about it because it is a personnel matter.

Michael Chee, a spokesperson for the city of Montebello, issued a brief statement:

"As a matter of policy the city of Montebello is not allowed to comment on matters that may portend future legal action," Chee said. "This is a pending claim at this point in time, however, what we can say is that our fire chief is entitled to consider his legal options just as any other citizen."