"If I'm going to die, I at least want to try my hardest to do my life goal," he said. "I don't want to go out without a bang."
KABC 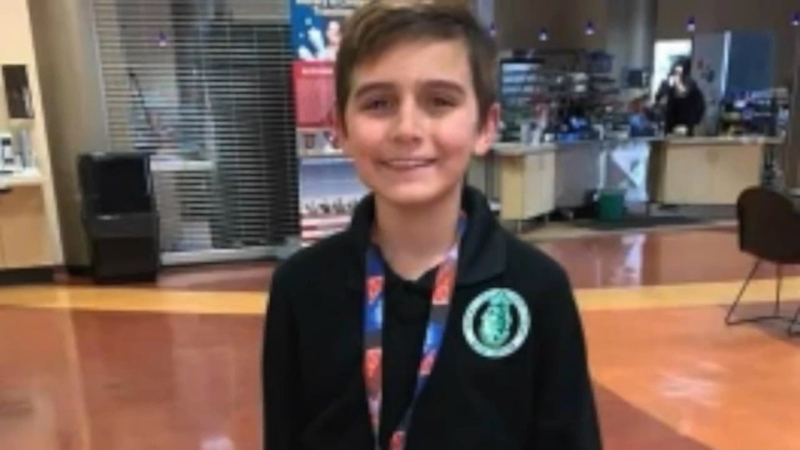 MESA, Ariz. (KABC) -- An 11-year-old boy in Arizona is proving that nothing can stop him from fulfilling his dreams as he prepares to start his freshman year of college - all while maneuvering life with Autism and a serious health diagnosis.

Monty Hernandez is a part of the Mensa Society - one of the largest nonprofit organizations in the country that caters to people with high IQs.

In order to qualify to be a member, you have to score in the top 2% of the general population on an accepted standardized intelligence test.

Monty's mother, Danielle Hernandez, said her son's journey wasn't always easy. He didn't speak until he was 4 and was later diagnosed with Autism. He then started taking classes in special education programs.

Testing, however, would soon send Monty on a meteoric rise through academic levels.

Jack Rico, who earned four associate's degrees from Fullerton College at just 13 years old, will soon be the youngest student to graduate from the University of Nevada in Las Vegas at 15.

"I didn't have any idea that at 9 years old, he would ace a high school chemistry class," she said.

Then, after years of difficulty with strength, agility and fine motor skills, Monty was diagnosed with a connective tissue syndrome, which requires him to have special accommodations for his learning.

"It explains his low muscle tone, his joint pain, needing a scribe sometimes to write, especially in these math classes where the problems are getting so long, he has to write so much," said Monty's mother.

The 11-year-old continues to push through. In another twist, Monty's doctors discovered an ascending aortic aneurysm. Until the aorta is replaced, the condition can lead to sudden death.

"At any point in time, you know, I have to be there to say, 'It's time to go to Phoenix Children's. Call his cardiologist,'" said Danielle.

None of this, however, is stopping the boy. The prospect of death doesn't faze Monty, especially when he has so much left to achieve.