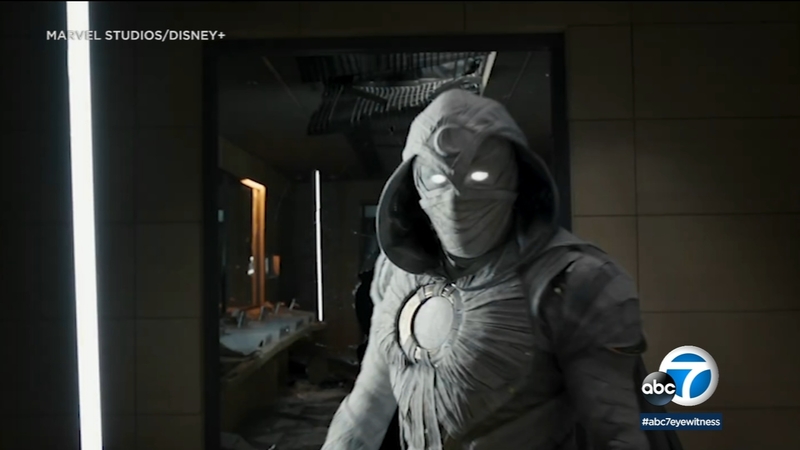 HOLLYWOOD, LOS ANGELES -- "Moon Knight" is the latest series to launch into the Marvel Cinematic Universe. The Disney+ adventure thriller takes us into a slightly darker, more twisted direction, and introduces us to a brand new cast of Marvel characters.

"Moon Knight" is one of several identities of Marc Spector, a man who has dissociative identity disorder. Oscar Isaac plays this man of many personas.

"It was a scary exciting challenge, which was one of the elements that made this such an attractive project to be a part of," said Isaac. "I had the opportunity to create a very unique character, and also the counterpoint to that character. This was an opportunity to play with the tone. There's elements of horror, adventure, kind of 'Indiana Jones' style; there's a real psychological thriller. And there's some real dramatic heft to it because ultimately you're dealing with a story about surviving abuse."

"If you'd told me all those tones could work in one piece I wouldn't quite believe you," said Hawke. "It's genuinely scary sometimes, and then funny; other times it's heartfelt, and a serious drama. It's hard to go back and forth between tones like that but it really manages it. It allowed for a real character portrait for 'Moon Knight' himself, which is more reminiscent of the first 'Iron Man' where, you know, Robert Downey was really allowed to give a significant central performance inside a superhero movie, and that's what Oscar was allowed to do."