Investigators say a gun was found inside and don't believe anyone else was involved.
KABC 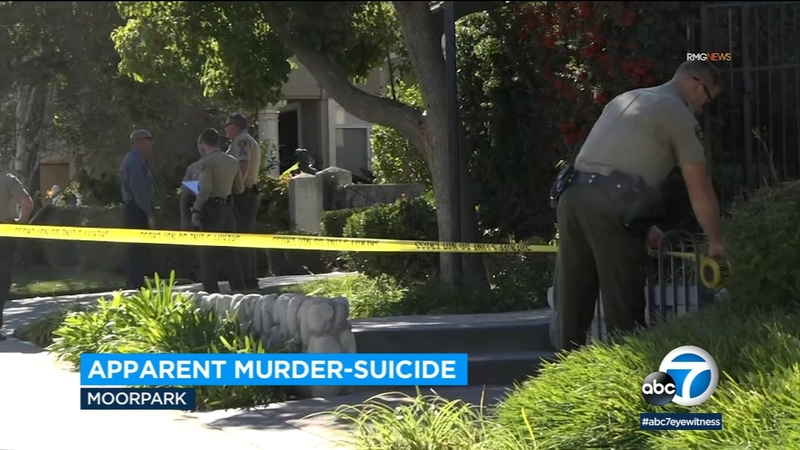 MOORPARK, Calif. (KABC) -- A married couple was found shot to death at a home in Moorpark in what deputies believe was a murder-suicide.

It happened in the 11000 block of Broadview Drive near Kingsview Road just before noon on Saturday.

Deputies were called to the home at 11:50 a.m. by a caller who said they would find two bodies there. The caller then hung up on the 911 line.

When deputies arrived, they found an elderly man and woman dead in the backyard.

Investigators say a gun was found at the location and they don't believe anyone else was involved.

Officials believe it was the husband who placed the 911 call.