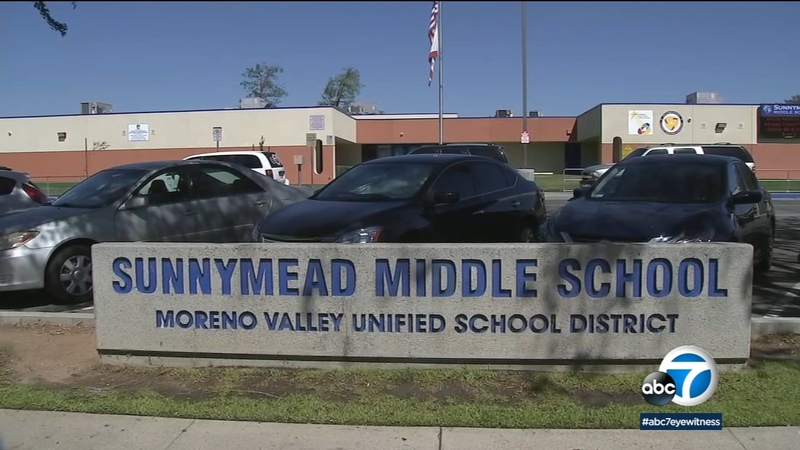 MORENO VALLEY, Calif. (KABC) -- Two 12-year-old girls were arrested last week and a third is being sought in connection with a "student-on-student assault" that occurred at Sunnymead Middle School in Moreno Valley, a city that has seen several instances of on-campus violence in the past month, including one that turned fatal.

The incident that led to the arrests occurred after 11 a.m. Oct. 2 at the middle school at 23996 Eucalyptus Ave., the Riverside County Sheriff's Department said in a statement Monday.

According to investigators, Sunnymead administrators notified the school resource officer of the attack, and three students were subsequently identified as suspects.

Less than three weeks after cellphone video showed a fight at a Moreno Valley school that left a 13-year-old student dead, two other videos have emerged that appear to show fights at another campus.

"All three suspects entered the victim's classroom and assaulted both the victim and the assigned teacher," the sheriff's news release said. A bystander in the room captured the confrontation on video.

The third suspect is being sought. None of the students were publicly identified due to their ages.

Anyone with information about the altercation is asked to call Sgt. Tejeda at the sheriff's Moreno Valley station at (951) 486-6700.