A mother was viciously beaten and robbed while unloading groceries in Texas. The attack occurred while her young son was close by.
KTRK 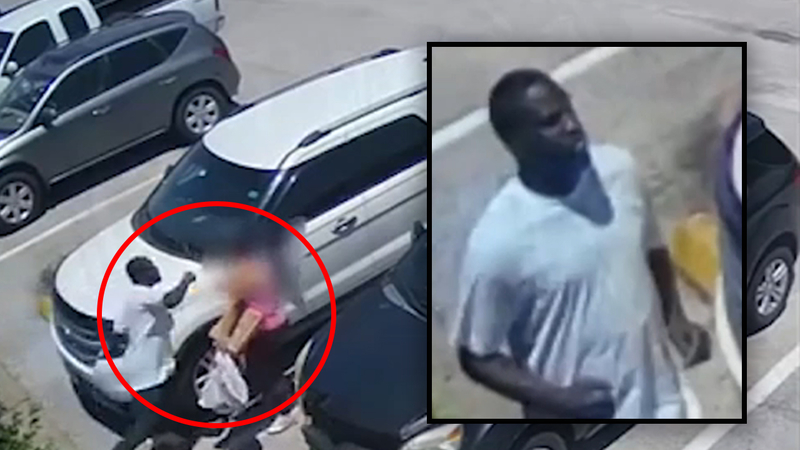 HOUSTON -- The Houston Police Department is trying to identify a man seen in surveillance video assaulting and robbing a mother while her young son stands closely by.

The video released by the department's robbery division shows the suspect run and punch the mother in the face, causing her to fall to the ground.

The suspect then continues to assault her while she's on the ground.

Police have a suspect in custody in a random attack on a 92-year-old woman in Manhattan, and the victim is speaking out about her harrowing ordeal.

The man was one of two suspects who pulled up to the complex in a white four-door Nissan.

After attacking the woman, the video shows the man grab the mother's purse and then run back into the Nissan, which then sped away.

Police say the attack happened while the mother was unloading groceries at an apartment complex near 7000 Renwick Dr.

The suspect's face and vehicle are clearly visible in the video.

Police say the Nissan is very recognizable; it's missing both rear hubcaps, has paper plates, has minor front passenger side fender damage, a small dent near the back right passenger door, different style front left and front right tires, and does not have any stickers on the windshield.

Crime Stoppers may pay up to $5,000 for information leading to the charging and/or arrest of the suspect in this case. You can report information anonymously by calling 713-222-TIPS (8477), online, or through the Crime Stoppers mobile app.

Police are searching for the suspect in Bushwick.