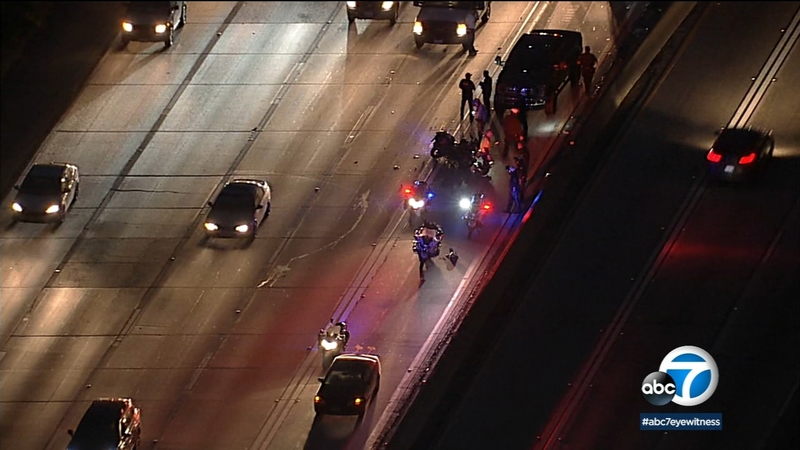 Police motor officer hospitalized after crash on 210 Fwy in Glendora

The crash was reported shortly after 5:30 a.m. near Grand Avenue, according to the California Highway Patrol. According to the CHP, the officer was riding a 2015 LAPD-issued BMW motorcycle on his way to work when the crash occurred. The two truck drivers, who remained at the scene, were uninjured, and neither was arrested, the CHP reported.

The officer was taken to a hospital for treatment of a possible broken leg, according to the LAPD.

Several lanes were closed as crews worked to clear the scene, prompting a traffic back that stretched for miles as the morning commute got underway. The CHP canceled the SigAlert just after 6:30 a.m. and all lanes were reopened.

Anyone with information was urged to call the CHP Baldwin Park Area office at 626-338-1164.