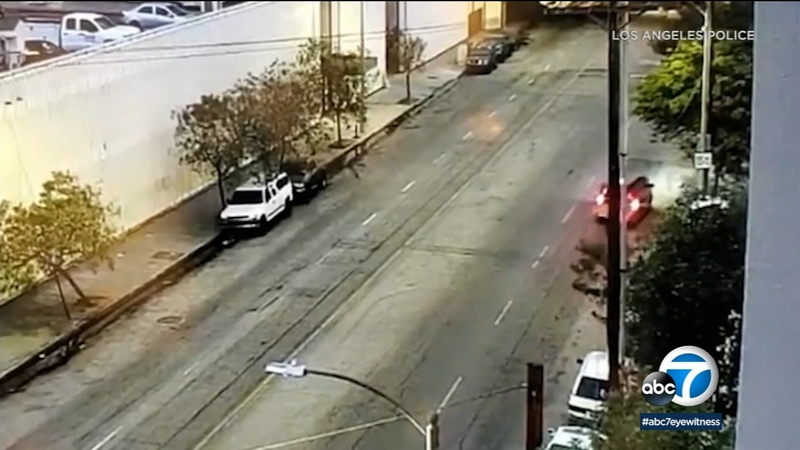 ECHO PARK, LOS ANGELES (KABC) -- Authorities are searching for the driver of a passenger van involved in an Echo Park hit-and-run crash on Monday morning that left a 29-year-old motorcyclist dead.

The collision was captured on surveillance video shortly after 6:30 a.m. on Glendale Boulevard, just south of Reservoir Street, according to the Los Angeles Police Department.

The driver of the van "made an illegal U-turn directly in the path of the motorcyclist," who was riding a 2003 Yamaha 600R, the LAPD said in a statement. The driver stopped briefly before fleeing southbound, investigators said.

A memorial procession through the Newhall Pass was held Wednesday in honor of CHP officer Andy Ornelas who died from injuries suffered in an on-duty crash.

Firefighter-paramedics transported the motorcyclist to a hospital, where he was pronounced dead, police said. His identity was withheld pending notification of his family.

The van is described as a red or maroon customized Chevy Astro van manufactured in the late 1990s or early 2000s.