Motorcyclist killed in crash on 110 Fwy in South LA 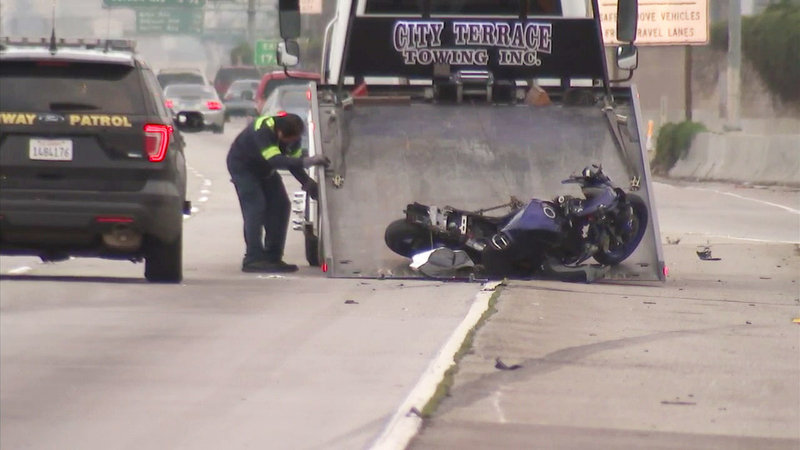 Motorcyclist killed in crash on 110 Fwy in South LA

SOUTH LOS ANGELES (KABC) -- A motorcyclist is dead after being struck by a vehicle on the northbound 110 Freeway in South Los Angeles, a crash that shut down several lanes to motorists early Sunday.

Fire crews and the California Highway Patrol responded to the crash at Manchester Avenue at about 3:30 a.m. When they arrived, they found a motorcyclist who had been struck by a vehicle, authorities said.

The victim died at the scene. Information on the other vehicle involved was not immediately known.

The three right lanes of the northbound 110 were shut down for several hours overnight and through the early morning, along with the Manchester Avenue off-ramp. All lanes were reopened at 8 a.m.

SIGALERT UPDATE IN LOS ANGELES: NB I-110 AT MANCHESTER AVE - #3, 4, 5 LANES, AND THE MANCHESTER AVE OFF-RAMP BLOCKED FOR AN UNKNOWN DURATION DUE TO A COLLISION