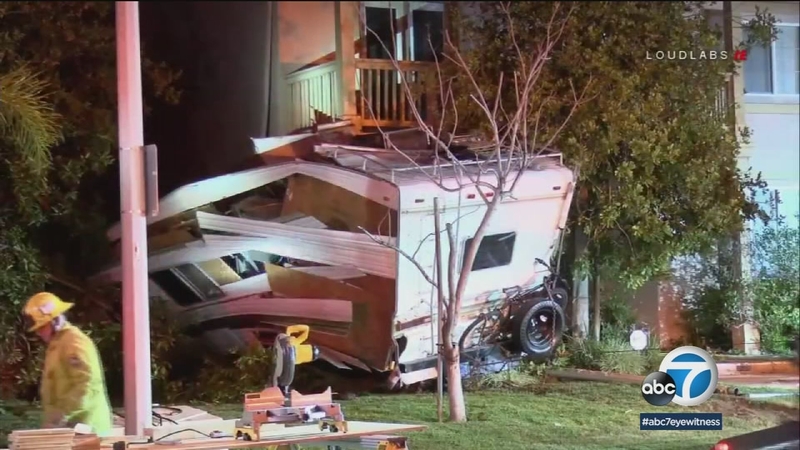 MORENO VALLEY, Calif. (KABC) -- The driver of a motorhome was arrested on suspicion of DUI after crashing the vehicle into a Moreno Valley house.

The crash happened shortly before 11 p.m. The homeowner, Ray Talbot, said he and his wife were awake and in the back of the home when what sounded like a loud explosion happened near the living room.

When they walked into the hallway to see what happened, they saw the motorhome in their living area.

Five people inside the motorhome were injured - two suffered minor injuries and one suffered major injuries. They were all rushed to the hospital.

The driver was arrested on suspicion of DUI. Two others were arrested on felony warrants.

Authorities said the motorhome came down from a nearby hill, and neighbors said they narrowly escaped being hit.

The driver never hit the brakes, according to the neighbors.

Grant and his family had just parked their car and were standing only feet away before the vehicle crashed.