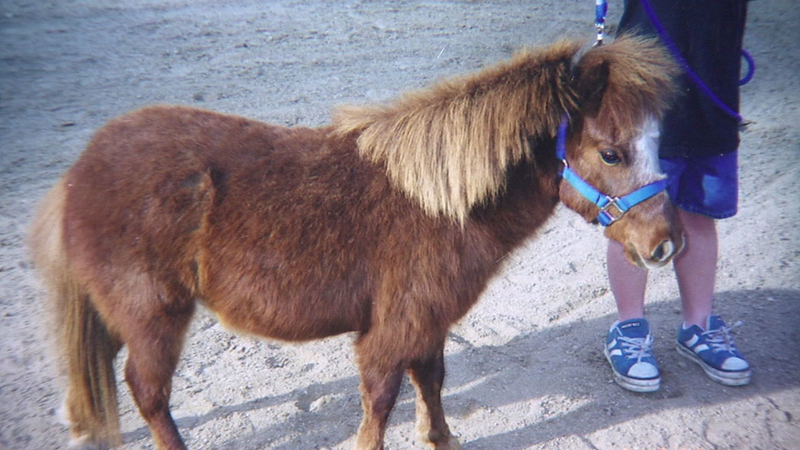 She buried her 18-year-old friend at a Calabasas pet cemetery.

"I want Marco back, and I know I can't ever have him back," she said. "He was just a sweet miniature horse that was innocent and was a loved member of his herd."

Marco went missing from a boarding facility in the Santa Monica Mountains on Saturday. He was found Tuesday about 300 feet away from his pen. The National Park Service said he was killed by a mountain lion.

"I know his brothers are missing him like I am," Lyons said.

The National Park Service said a lion known as P-45 is a suspect in Marco's death. The big cat is well-known in the area.

Wendell Phillips said P-45 is responsible for attacking his animals twice, once in January and again in March. Five of his alpacas were killed, and he said the threat is growing.

"I saw him down there in the corner. He jumped over the fence and actually got down on the alpaca and started feeding," he said. "P-45 has had at least two litters of kittens so we've got six or seven mountain lions and only a couple of them are collared in this area. I think that's way too many mountain lions for the size of habitat they have."

The National Park Service said the recent attacks likely aren't due to the drought or lack of food, but the increase of domestic animals and livestock nearby that makes for easy meals.

Each time a mountain lion attacks an animal, their behavior is reinforced.

"I don't want anybody to go through what I went through. I just want to save another horse," Lyons said.

She added that she doesn't want the mountain lion to be hurt, but wants people to know that a horse and livestock predator is out there.