A boom in mountain lion births occurred this summer in Southern California.
KABC 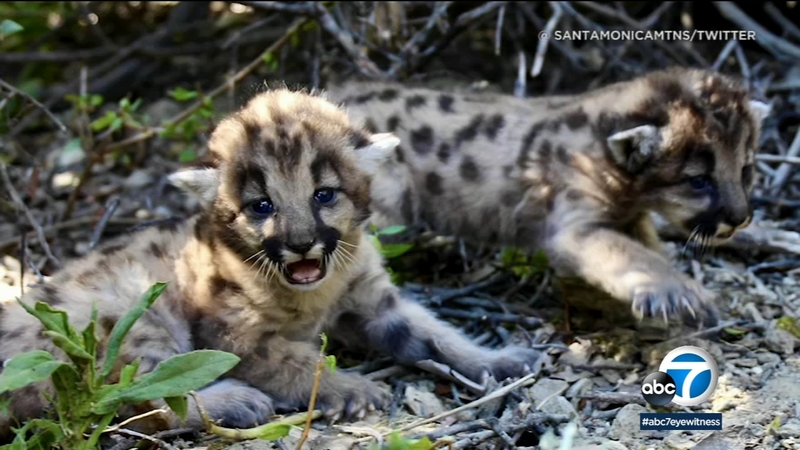 The National Park Service says rangers found five dens containing 13 kittens that were born to five mountain lion mothers between May and August in the Santa Monica Mountains and Simi Hills west of Los Angeles.

It's the first time so many mountain lion dens have been found within such a short period of time during the 18 years in which the region's cougar population has been studied by the Park Service.

A Tarzana family was startled by the sight of nature intruding into their backyard, as a collared mountain lion attacked a raccoon right under the family's window.

The most dens found previously in one year was four, spread across 10 months in 2015.

The study is looking into how the big cats survive in fragmented and urbanized habitat.

Biologists say the baby boom is a positive, especially considering how much habitat was scorched by the Woolsey Fire less than two years ago.

Video from a camera at the den of P-65 showed the big cat with her babies, which appeared healthy -- and very vocal.

A family in Running Springs captured a bear and her cubs -- and a mountain lion -- on Ring video all in the same night!