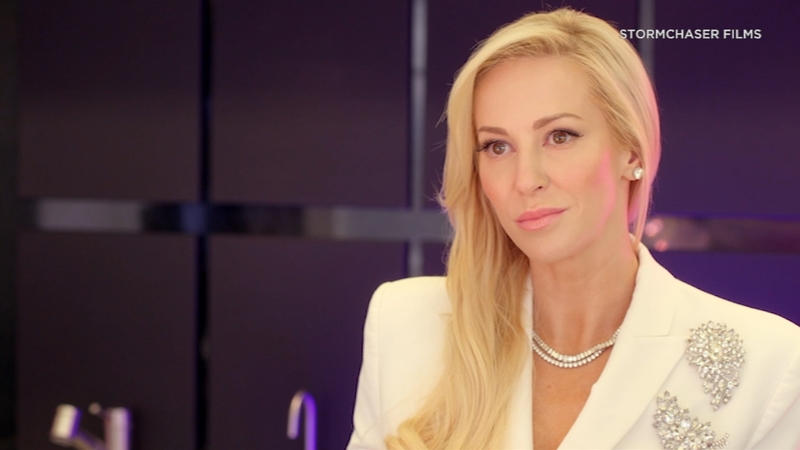 Serial killer comedy "Me You Madness" stars Louise Linton as a femme fatale. The actress, who made her directorial debut with the film, plays a successful businesswoman, who just happens to be a murderer.

She allows a young thief, played by Ed Westwick, to move into her home. Will he steal from her or maybe just steal her heart? Or will he be her next victim?

"She's meant to be just appallingly, shockingly, awfully diabolical." Linton said. "I loved the idea of taking all of these femme fatale characters that I've seen in cinema and squishing them all into one."

The comedy is sexy, wild, edgy... and almost didn't happen.

They filmed the comedy-thriller in a home located in the Malibu mountains and the whole production was derailed by the Woolsey Fire in 2018.

"Seven days after we started filming, the fire department evacuated us due to the Woolsey Fire," Linton said. "The fires ripped through that whole neighborhood. It was so tragic and so sad, we didn't even know if we could go back and film there because we didn't know if our location had burned down."

"Because it's such an architectural home with steel and glass, it was one of the very, very few homes in that neighborhood that actually did not perish in those fires," Linton added.

"It's meant to be just a big pile of movie fun and I hope that people dance along with it, sing along with it and enjoy it," Linton said of the film.