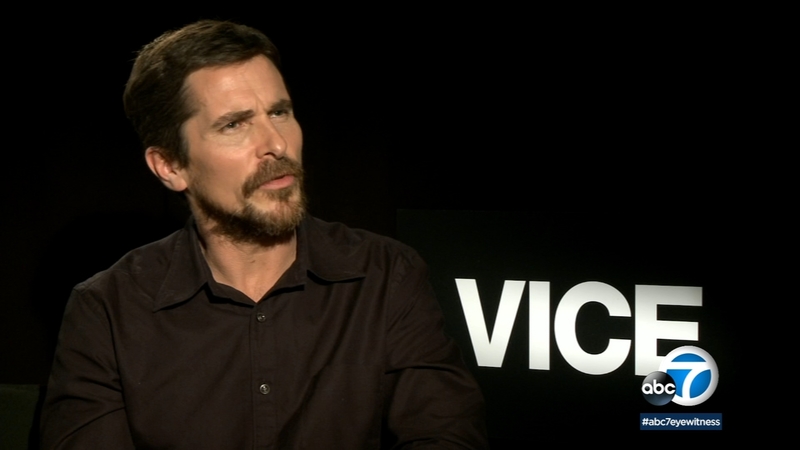 Bale tackles the title role, and loved his director's unconventional but entertaining look at a serious subject matter.

"He's the funniest and the smartest man in the room and then he drops just these incredibly profound scenes, informs you about political history but in a way that's incredibly entertaining," said Bale. "He just is a non-stop surprise."

Bale spent months researching Cheney. His commitment has paid off with nominations for a Golden Globe, Critics Choice and SAG Award.

"I just spent months and months of watching video of him and reading books and just staring at photographs in a very unhealthy manner for just hours on end and trying to imitate and trying to get those mirror neurons working to try to become him," said Bale.

Bale is known for his remarkable transformations when diving into a new role. For this film, he gained 40 pounds.

At first, he thought transforming into Dick Cheney was just too much work. But McKay wouldn't relent.

"I texted him lots of expletives, 'Do you not understand how difficult this is going to be?' But he knew. Just like Cheney gets people on the fishing hook - Adam knew he was catching me."