Woman gets flesh-eating bacteria at Dallas mud run, goes blind in one eye 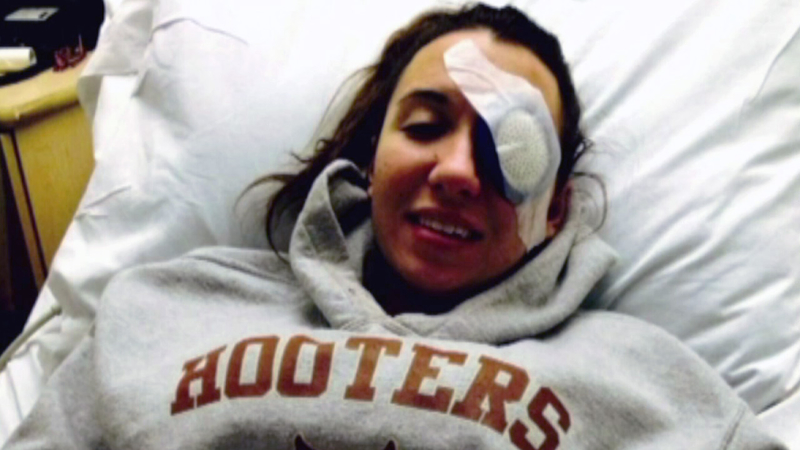 The cause - a flesh-eating bacteria.

Brittany Williams competed in her first mud run two weeks ago. After the event, she said her eye started to hurt.

"When I opened my eye, it was just like white," she said. "The whole room was white."

According to Brittany, debris cut her eye, and a flesh-eating bacteria destroyed her cornea. Now, the medical bills are adding up for the young mother, who holds two jobs but no health insurance.

"I've had health insurance before and I never used it," she said. "I never went to the doctor and I just spent lots of money for nothing. So I didn't see the point at the time when we couldn't afford it."

With her medical bills at $100,000, her family has started a GoFundMe page for treatment to prevent the bacteria from spreading.