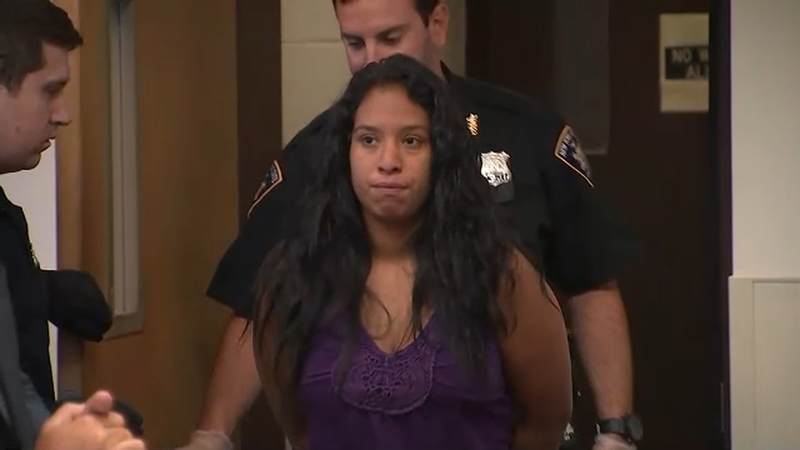 RIVERHEAD, N.Y. -- A Long Island woman was in court Tuesday to face charges in an alleged murder-for-hire plot.

The Huntington Station woman is accused of putting a hit out on her ex-husband's mother and his 5-year-old daughter from another woman.

Elsy Rodriguez Garcia, 25, was apparently outraged that her ex-husband wanted a divorce, so she allegedly attempted to hire a hitman.

They had separated in January.

Prosecutors allege the mother of two was under the impression the murders would bring them back together.

"The defendant told the co-conspirator that she wanted to have them disappear, so that her ex-husband would spend more time with her and their child. She believed the targets were visiting Ecuador and insisted that the murders be carried out in Ecuador because the chances of detection and prosecution would be less. She was surely mistaken," said Suffolk County District Attorney Timothy Sini.

Prosecutors say she had agreed to pay $6,000 after seeing photos doctored by police of her ex-husband's mother and daughter dead. They were never harmed.

"I think if we sit back and sort of let the evidence play itself out that we'll find that the crime that the D.A.'s office is charging her with could never have been committed," Garcia's defense attorney said.