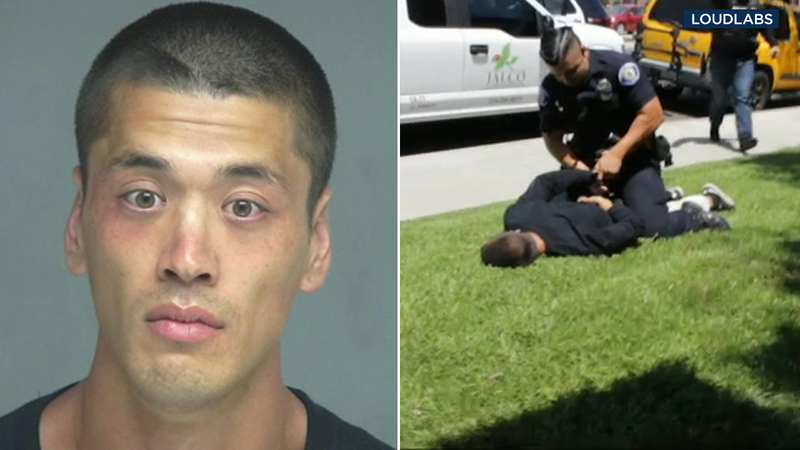 GARDEN GROVE, Calif. (KABC) -- Garden Grove police have arrested a 28-year-old man in the stabbing death of his mother, and say he confessed to the crime.

Jonathan Michael Warner is accused of killing his mother, Vivian Wolff. The body of the 62-year-old woman was found Tuesday in the apartment she rented in the 14000 block of Flower Street. Her son lived with her there.

Detectives had been looking for Warner after finding his mother's body, describing her son at the time only as a "person of interest."

A search is underway for the son of 62-year-old woman who was found stabbed to death at a Garden Grove apartment.

A witness spotted Warner walking in the area of Ninth and College in Garden Grove Thursday afternoon. The witness had seen news reports that police were looking for him and contacted authorities.

Police say when officers arrived and tried to talk to Warner, he assaulted an officer and tried to run away on foot. Officers quickly caught up with him and took him into custody.

Police say after questioning, Warner confessed to murdering his mother. He was booked in Orange County Jail.

UPDATE: The vict shared a room with her son, Jonathan Michael Warner. Warner has not been seen since Friday (8/2) & considered a person of interest.