KABC
By Marc Cota-Robles and Natalie Brunell and ABC7.com staff
VERNON, Calif. (KABC) -- A man suspected of murder remained hospitalized and a woman driver was being held on $2.1 million bail Saturday following a wild police chase that ended with a dramatic shootout and standoff in Vernon, authorities said.

The man, identified as 24-year-old Dylan Andres Lindsey of Torrance, was a passenger in a black Toyota Prius who fired a handgun at authorities from multiple agencies during the high-speed pursuit on Friday afternoon. He was shot at least twice, including by a self-inflicted gunshot wound to the head, according to the Los Angeles County Sheriff's Department.

Investigators and witnesses believe that man is also the suspect wanted in the shooting death of a liquor-store owner in Downey, who was killed earlier this week in an incident captured on surveillance video.
EMBED More News Videos

"I saw his face clear as day and I saw the gun," said Valerie Lopez, who captured part of Friday's police chase on video as it sped past her vehicle. "And then I looked back on the tweets and I saw that there was a suspect on the loose for shooting a clerk, I guess. He looked exactly like him."

The Prius came to a stop behind other motorists at a red light at the intersection of Bandini Boulevard and Downey Road. Multiple law enforcement personnel returned fire at the gunman inside the sedan, shattering its windows.

Online booking records later identified the driver as 37-year-old Alison Hart of Redondo Beach, who exited the car with her hands in the air and was taken into custody early on in what developed into a lengthy standoff.

A K-9 dog was ultimately sent into the vehicle and was seen jostling the suspect, who turned out to be unconscious but breathing in the front passenger seat. He was transported to a hospital.

Hart's neighbors in Redondo Beach were horrified to watch the scene unfold.

"Everyone on the street was upset and shocked that Allison was involved with this, but she's made some poor choices and unfortunately this was the result," said neighbor Doug Holker.

Neighbors say they've been concerned about frequent police activity at Hart's home in recent months. Hart is scheduled to appear in court May 14.

"I hope that Alison gets the treatment that she needs, and I hope that things turn a corner," Holker said.

Sheriff's deputies won't comment on Lindsey's possible connection to the murder of Downey store owner Gurpreet Singh, who was killed earlier this week in an incident captured on surveillance video. 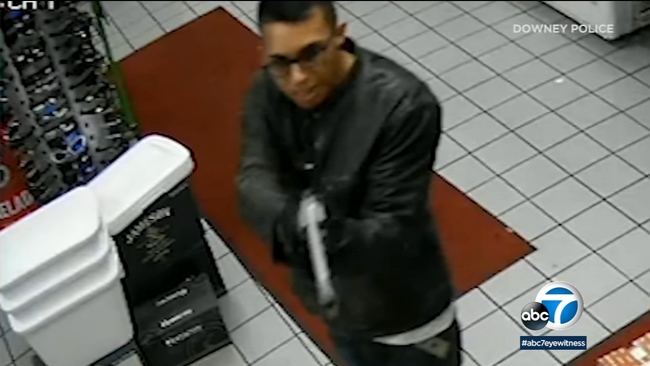 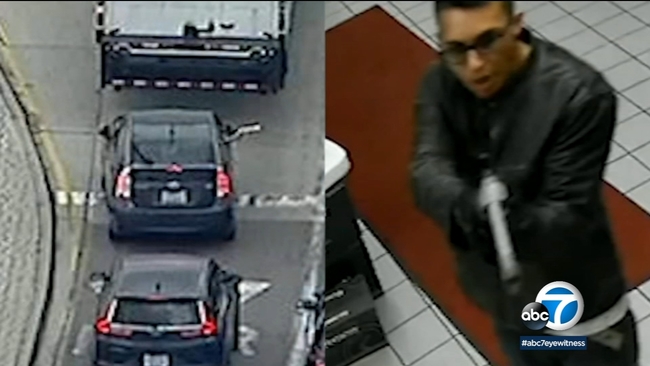