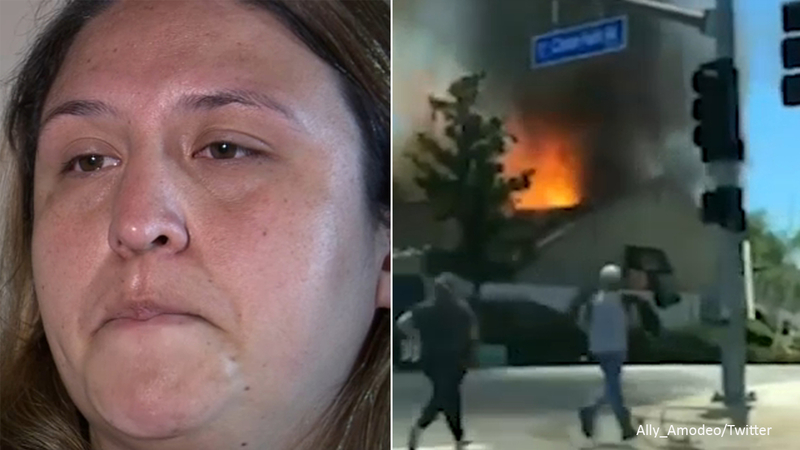 'I thought I was dead': Murrieta woman describes home explosion

MURRIETA, Calif. (KABC) -- Alexis Haaland, a Murrieta resident and young mother, is sharing her harrowing experience of when she narrowly escaped her home during an explosion that killed a gas company worker.

"I went to go pick up the diaper bag and my wallet and everything, and I just saw everything crashing down around me, and I thought I was dead. I thought that was it," Haaland said. "I just waited until it all stopped."

Investigators say the explosion happened after solar panel contractors working at Haaland's home hit a natural gas line. SoCalGas said the contractor did not call 811 prior to working in the area, which would have told them where the gas line was located.

The Haaland famliy had just moved into the home three weeks after they were stationed back in California.

Alexis Haaland said workers alerted and initially told her not to light any fires, and then minutes later told her that she and her 3 and 1-year-old children should leave the house as a precaution.

But Haaland went back inside after she was told it would be OK to grab some items. She said she survived the blast because of a wall she was standing by.

Four homes are red-tagged including, Haaland's home. Firefighters are working to shore up two walls leaning into the street.