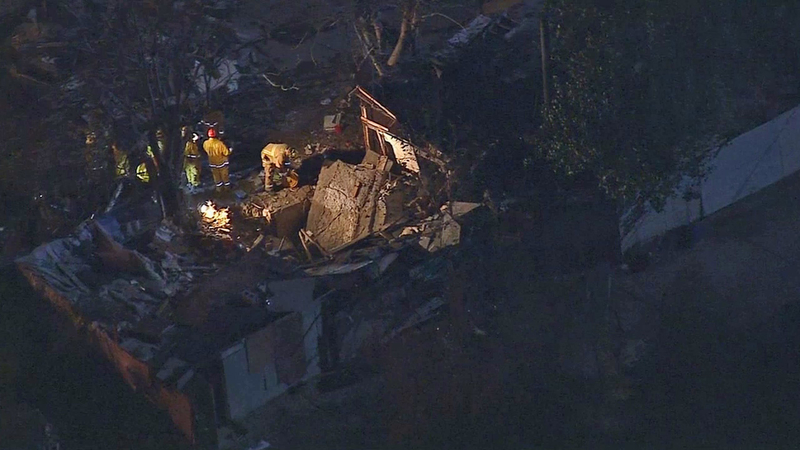 MUSCOY, SAN BERNARDINO COUNTY (KABC) -- One person has died and two other people were transported to the hospital in critical condition following a possible gas explosion at a home in Muscoy, the San Bernardino County Fire Department said.

According to a sheriff's official, it is believed the explosion is tied to drug activity. Marijuana, butane and evidence of a marijuana extraction lab were found at the scene.

Crews responded to the scene at a home in the 3300 block of Gray Street.

All parties were accounted for, according to the department.

The explosion occurred in a back house behind the main residence.

One man was killed and a man and a woman were hospitalized in critical condition. The deceased man was reportedly buried under debris.

There was no evidence of hazardous materials on site, according to the department.

No evacuations were ordered.

The Southern California Gas Company tweeted that a crew and the fire department have ruled out natural gas as the cause of the explosion.

The investigation was expected to continue through the night.