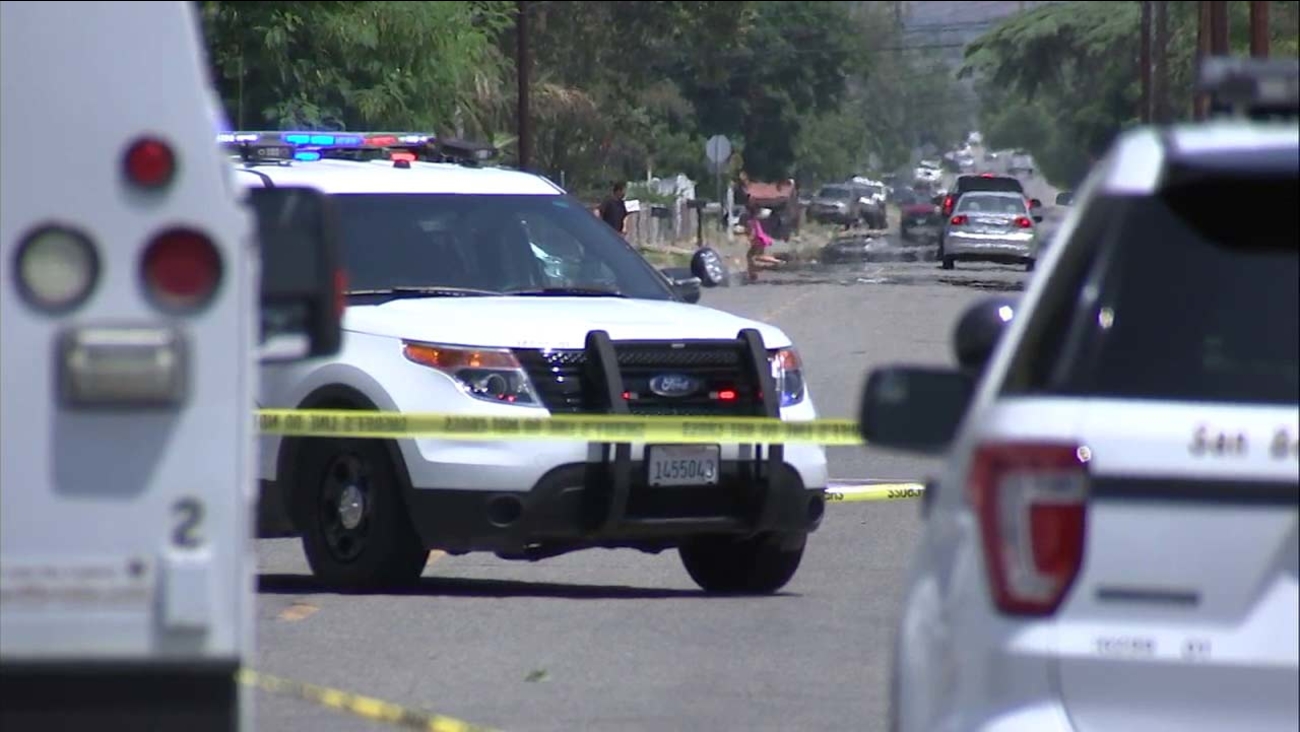 Crime scene tape ropes off the scene of a fatal shooting in Muscoy on Friday, July 20, 2018.

MUSCOY, Calif. (KABC) -- A Muscoy grandfather was released from custody on bail early Tuesday morning. He had been arrested after a 4-year-old got a hold of his gun and fatally shot the man's 2-year-old granddaughter.

The shooting occurred last Friday morning in the 2700 block of Duffy Street.

A toddler has died after being accidentally shot by a 4-year-old cousin who got hold of a gun at a home in Muscoy on Friday, sheriff's officials say.

San Bernardino County Sheriff's Department officials said the 4-year-old boy got access to the weapon and accidentally opened fire on his 2-year-old cousin, who died at a hospital.

After several interviews, investigators determined 53-year-old Cesar Lopez, the victim's grandfather, left the gun in a place that was accessible to kids. Lopez was arrested and booked for child endangerment and felon in possession of a firearm.

Lopez was released from custody on bail shortly after 1:30 a.m. Tuesday, according to San Bernardino County Sheriff's Department inmate records.