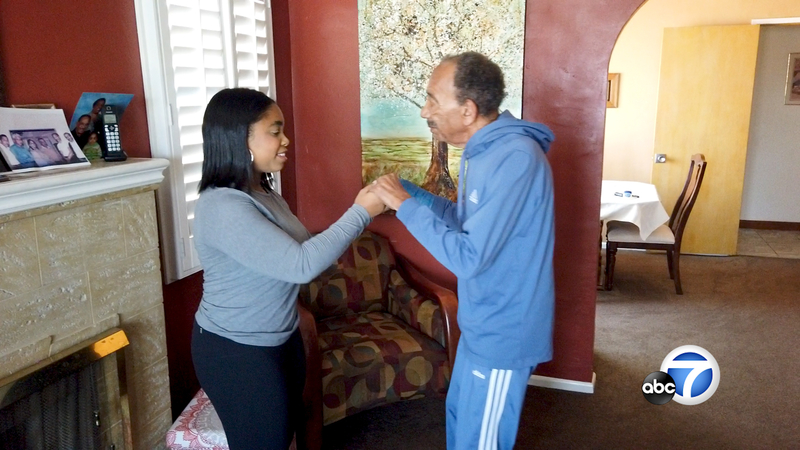 The former IBM engineer and Navy veteran was diagnosed with Alzheimer's seven years ago. When Basia saw how much fun her grandfather had making the first TikTok video back in March of 2019, she knew she had to keep it going.

"I see him smiling. I see him dancing. I see him cooking things that he used to do before he got diagnosed with Alzheimer's," Basia said. "And honestly, I feel like I've discovered something new for him to do and just for him to get better."

With reshares from entertainers like Cardi B and Megan Thee Stallion, the viral videos have not only gathered a following of nearly five million, but they've also helped bring some joy.

"Once she saw how engaged he was with that first video, and then they started doing baking videos, he started dancing," said Dr. Monica Mallet, Charles' daughter. "He started to ask to make the videos 'Do you need me for video?'"

"She takes her time with him and if he makes a mistake or anything, they just start all over," said Maudra Mallet, Charles' wife of nearly 60 years. "She has a lot of patience and I'm thankful for that."

Basia Mallet loves making the videos and said they've become a family affair, but she also loves the awareness and attention they're bringing to the disease.

"I really want people to know that people that are diagnosed with Alzheimer's, they're not just people that just sit there and don't really do anything," Basia Mallet said. "They can be active and engaged with you. It just depends on how you engage with them, and social media is the way that I engage with my grandfather who has Alzheimer's."

You can find Basia and her grandfather on TikTok under the handle CharlesMallet.