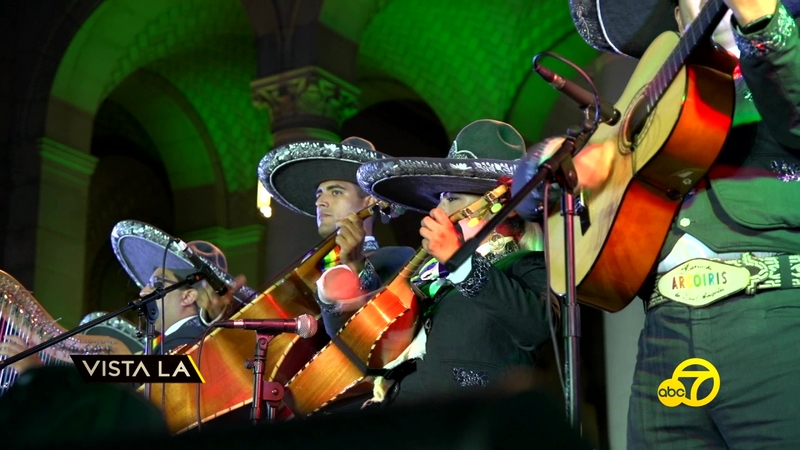 EAST LOS ANGELES, Calif. (KABC) -- Mariachi music is one of Mexico's most beloved forms of music. It's also among the most traditional. After coming out as a gay man, Carlos Samaniego found that he was not welcome in many Mariachi groups. So he decided to buck tradition and form his own-Mariachi Arcoiris de Los Angeles, the world's first LGBTQ Mariachi group.

"I decided to create Mariachi Arcoiris so that other musicians like myself, within the LGBTQ community, can come together and perform Mariachi music in a safe place," said Carlos Samaniego, founder of Mariachi Arcoiris.

"I come from a family full of musicians," said Natalia Melendez, one of the groups original members and the first transgender female in a Mariachi group. "I fell in love with it at the age of 7. And at the age of 8, I started playing violin."

"At a very young age, I knew I was different. I knew I was a female stuck in a male body. I wanted to be like my other friends who were females playing in Mariachis, and I couldn't do that," said Melendez.

"It's grown so much. We recorded our first album and we get invited to do these wonderful amazing things like El Grito (a Mexican Independence Day celebration) at city hall in Downtown Los Angeles," said Samaniego.

The group's name Mariachi Arcoiris-arcoiris means rainbow in Spanish-pays homage to the LGBTQ symbol of pride.

"Above being LGBT, first and foremost we are musicians. We are Mariachi musicians. We represent a culture and a tradition of Mexico," said Samaniego. "How well we play is how well we can represent our community. We must perform at the highest level possible. That is how we're going to defend ourselves from people who speak ill about the Mariachi and say, 'we're just as good, if not better, than a lot of other groups.'"