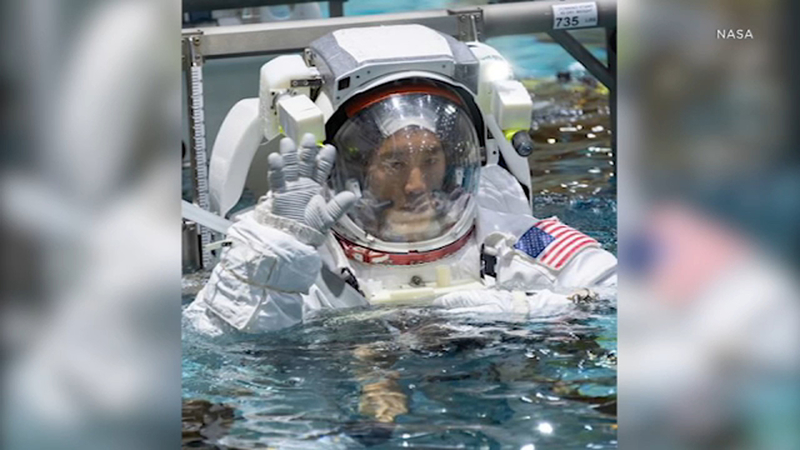 A Southern California man is one of the newest astronauts to join the NASA program.

For Dr. Jonny Kim, a graduate of Santa Monica High School, becoming an astronaut was one of his dreams growing up. The proof was in a poster of Apollo 11 mounted on the wall of his childhood bedroom. Now, Kim is the first Korean American to become a NASA astronaut.

Kim's parents, both immigrants from South Korea, were his inspiration, working hard to give their children a better future.

"I think that instilled a strong work ethic in me but it had more of an effect on me of how much people were willing to sacrifice for people that they love," he said.

NASA's astronaut class of 2017 graduated and is ready for space missions to the International Space Station, the Moon and someday Mars

Kim's extensive background includes time as a Navy SEAL, taking part in some of the most dangerous military missions. He also attended Harvard Medical School before he was selected to be an astronaut.

"When I discovered that hey I can actually be qualified to be an astronaut, it was completely consistent with what I want to do in this life," Kim said. "Which is to leave a lasting impact, a mark on the next generation, to be able to inspire, dream big, reach far."

A scientist with a doctorate from UCLA and a Navy SEAL who graduated from Santa Monica High School are among 12 new astronauts introduced by NASA officials.

During his training as part of the new 2017 class of astronauts, Kim learned to take part in spacewalks, use systems on the International Space Station and speak Russian.

He is now eligible to be assigned to the space station, go to the moon or, eventually, Mars. Kim wants his work to inspire the next generation right here on Earth.