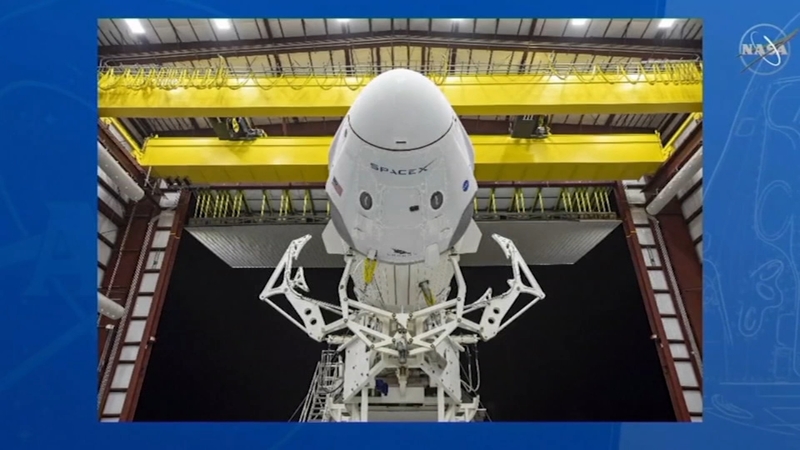 How to host virtual watch party for Space X launch

For the first time in nearly a decade, Americans will, once again, be able to watch astronauts take off from Florida. It's an event that many people consider breathtaking in person.

"Personally, I have been to a launch, and I have to say, it's very exciting," William Harris, the Space Center Houston president, said.

For the first time, NASA is telling people not to watch in person because of the coronavirus pandemic, and is instead advising people to watch virtually.

To help people out, Space Center Houston has some ideas.

"We've added all kinds of great suggestions from activities that you can organize for your family," Harris said.

It wouldn't be a launch party if there wasn't space food.

SPACE FOOD: Tonight on @abc13houston at 430pm, let me show you how to have some fun with your kids for this week's historic @NASA launch. @SpaceCenterHou is sharing space food recipes you can do at home. These edible moon 🌑rocks are out-of-this-world! pic.twitter.com/QKv4IQvxWr

"One of my favorites actually is moon rocks, which are made of chocolate," Harris said.

To make the space food, you don't need a lot of ingredients either. To make edible moon rocks, all you need is chocolate chips, honey and shimmering food color spray.

There are also drinks to go with it.

"We also have a lemonade at home you can make that actually changes colors," Harris said. "That's a fun science experiment you can do with your family."

Ideally, space fans would be able to gather to watch America launch astronauts into space. While it's exciting to see in person, it only lasts a few seconds. Thanks to new technology, Americans will get to watch a launch like never before.

"You're going to see the launch from all different perspectives, and even when it's far enough where you can't see it with the naked eye, you'll still see it through the cameras," Harris said.

READ ALSO: How Houston became 'Space City,' and why it's still important