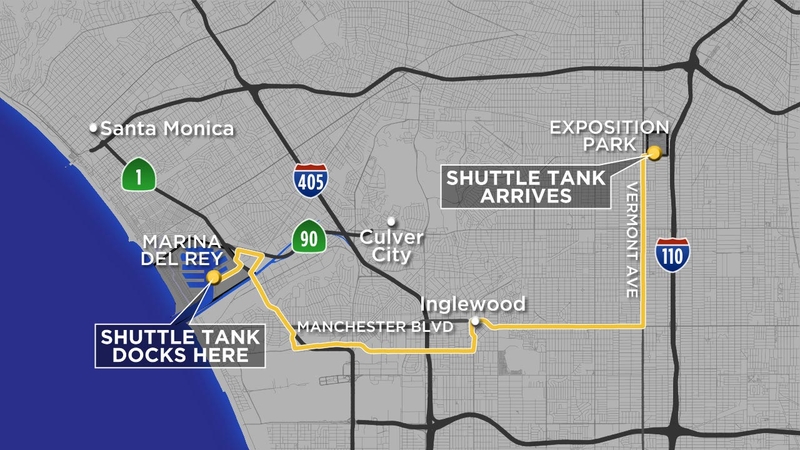 MARINA DEL REY, Calif. (KABC) -- A 66,000 pound NASA space shuttle fuel tank will journey through the streets of Los Angeles on its way to the California Science Center on Saturday.

The 16.5 mile trek beginning in Marina del Rey will cause several street closures as crews navigate the shuttle tank, named ET-94, to its new home at the California Science Center in Exposition Park.

It is expected to take 16 to 18 hours to move the shuttle tank, which is three stories high, as workers move power lines and street lights.

Southern California Edison said customers would not be affected as the shuttle tank makes its trip to Exposition Park.

Several street closures were planned, but officials said they would be "rolling street closures," meaning once the shuttle passes a certain point and all power lines and street lights were reassembled, that section of road would re-open.

Here is a map of the route:

According to Los Angeles International Airport officials, the caravan is expected to cross Sepulveda Boulevard between 6:30 and 7:30 a.m., and will reach West Arbor Vitae between 8 and 9:30 a.m.