KABC
By Josh Haskell
BEVERLY HILLS, Calif. (KABC) -- Nate 'n Al's Jewish deli, the legendary establishment that has operated at the same location in Beverly Hills since 1945, will close Sunday night, according to a statement released on natenals.com.

Like so many other restaurants, Nate 'n Al's had only been offering takeout service recently because of the Coronavirus crisis.

"Approximately one month ago the world as we knew it changed," the statement said. "We had hoped that we could continue our takeout and delivery service so that we could provide the community with the food that has been a part of our lives for years. However, our number one priority is to keep our customers and our staff safe and secure during this time of uncertainty. After reviewing all the variables, we no longer feel confident that we can do that."

The loss of business due to the coronavirus pandemic is just one of the reasons why the restaurant is closing for now.

The future of Nate 'n Al's future has been in jeopardy during the past two years after the longtime owners, the Mendelson family, put it up for sale. The restaurant was purchased by music executive Irving Azoff and his wife, Shelli, last year, which included an effort by a group of Hollywood celebrities to save the restaurant. 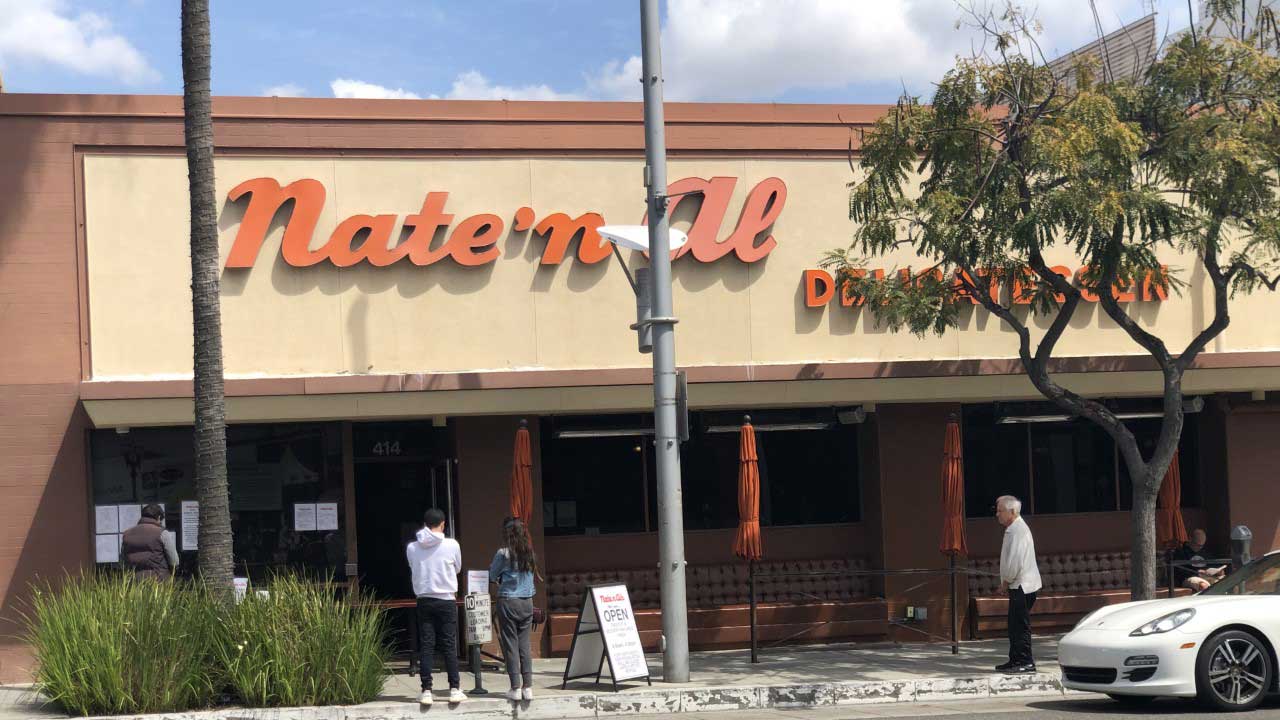 The restaurant was reportedly set to move to a new location on Canon Drive in Beverly Hills, with the same menu and staff.

That plan allegedly fell through, and with no dine-in service for nearly two weeks, Nate 'n Al's sent an email to employees about the closure telling them they'll receive their final paychecks next week.

For over 70 years, Nate n' Al's has operated at 414 N. Beverly Drive. At one point, the business had multiple locations including one at Los Angeles International Airport.

ABC7 spoke with multiple employees at the restaurant who confirmed the closure and expressed their sadness about the situation.

Here is an updated statement from Nate n' Al's:

"The media has incorrectly reported that Nate'n Al's is "gone forever." As we originally stated, we couldn't fully guarantee the safety of both our customers and employees for take-out and delivery during this pandemic we have chosen to cease that service. Our current lease is expiring shortly and we have encountered major difficulties with the city of Beverly Hills who would have been our new landlord on Canon Drive. It is the intention of the current ownership to get through this crisis like every other restaurant and make the right decisions at the right time. Our goal is to keep the Nate'n Al's tradition alive."
Report a correction or typo
Related topics:
businessbeverly hillslos angeles county
Copyright © 2021 KABC-TV. All Rights Reserved.
More Videos
From CNN Newsource affiliates
TOP STORIES